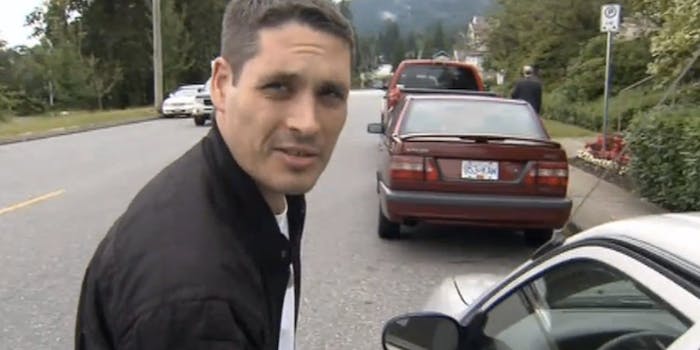 A man who wrote a status update about starting a massacre now has the court to contend with.

A Vancouver man who posted to Facebook that he wanted to start another Dark Knight Rises-style massacre now has a court date.

Ryan John Lewis, who’s in his 30s (reports about his age are conflicting) was arrested Aug 1. The Royal Canadian Mounted Police didn’t respond to the Daily Dot’s request for Lewis’s exact words, but said in a statement that he “made significant death threats on his Facebook page… to commit crimes similar to the recent shootings in Colorado.” Lewis was ordered Wednesday to appear in court on Aug 22.

In July, 24-year-old James Holmes allegedly gunned down an Aurora, Colo. movie theater that was packed with people watching The Dark Knight Rises. Twelve people were killed and 58 were wounded in that attack.

Lewis’s Facebook page has since been deleted, but an officer who saw the threats said they show “affinity and support for the Colorado shootings.” The officer described the suspect’s Facebook postings as “quite graphic and disturbing.”

A Vancouver newscaster said he spoke in private with Lewis, who said he never intended to actually shoot anyone. “I kind of expected something after saying that. I went overboard… I’ve got a bad temper and was venting on Facebook,” he reportedly said.

Lewis has been ordered to stay offline and live with his mother until his court date.