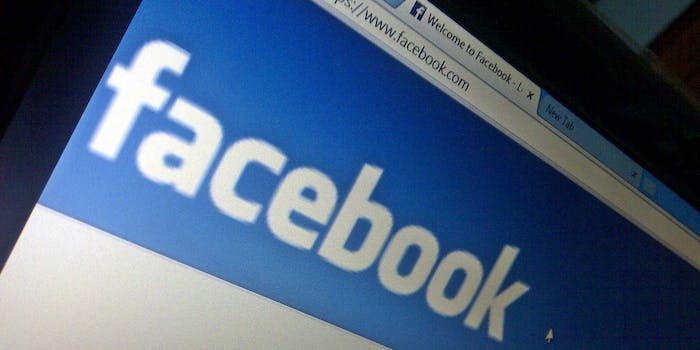 The videos were viewed hundreds of thousands of times.

Facebook Live footage of a man killing his 11-month-old daughter on the rooftop of an abandoned building in Phuket, Thailand, remained on the man’s Facebook page for nearly 24 hours before taken down by the social networking company.

According to Reuters, people could access two videos of the child’s murder until around 5pm local time on Tuesday, nearly a day after the videos were uploaded. By the time they were taken down, one video had garnered at least 112,000 views and the other 258,000 views.

The videos showed a man identified as Wuttisan Wongtalay tying a rope to his daughter Natalie’s neck before hanging her from the rooftop of the building. Wongtalay then killed himself, though his suicide was not broadcast.

According to Jullaus Suvannin, a police officer in charge of the case, Wongtalay was paranoid about his wife and the girl’s mother, Jiranuch Trirat, leaving him. Trirat said over the course of their relationship Wongtalay had grown violent, sometimes hitting her 5-year-old son from a previous marriage.

A deputy police spokesperson said the killing was believed to be the first in Thailand broadcast on Facebook, citing the video of the murder of Robert Godwin in Cleveland by Steve Stephenson that was uploaded to the platform last week, as a possible influence “by behavior from abroad.”

Thailand’s Ministry of Digital Economy contacted Facebook on Tuesday after receiving a police request to take down the videos. The company removed the videos, and a ministry spokesman said they would not be pressing charges against Facebook, as they acted “according to their protocol when we sent our request. They cooperated very well.”

Along with the murder of Godwin, which remained on the site for two hours before being taken down, and the Facebook Live broadcast of a gang-rape of a 15-year-old girl in Chicago, Wuttisan’s murder calls into question Facebook’s task of monitoring such violent material. After Godwin’s murder, the social networking company said it would review how it monitored footage and that it’s working on software to automatically flag objectionable videos.

But according to someone who has worked on similar issues at Facebook, the company and others in Silicon Valley are working on the easier issue of blocking previously identified child pornography videos and said identifying violence on new videos would be difficult.

“This is an appalling incident and our hearts go out to the family of the victim,” a Singapore-based Facebook spokesperson told Reuters regarding the video of the child’s murder. “There is absolutely no place for content of this kind on Facebook and it has now been removed.”