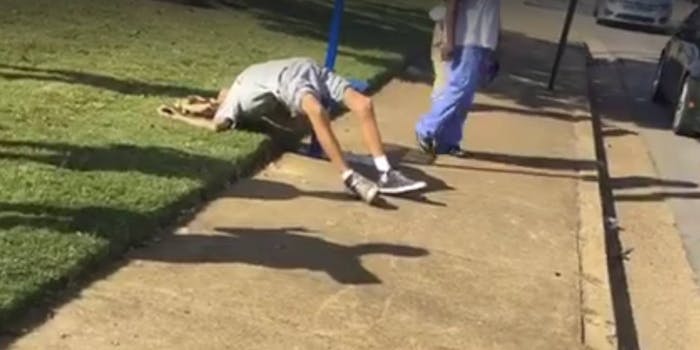 This is difficult to watch.

More than 1 million people have watched a disturbing Facebook Live video that shows a couple unconscious on a sidewalk after an apparent heroin overdose.

Courtland Garner went live from the scene Oct. 3, just after 4pm. The commentary of the spectators is just as unnerving as the footage itself: Garner and others can be heard cracking jokes, laughing, and rapping drug-related Rick Ross verses. Roughly 48 hours later, the real-time comments continue to pour into Garner’s Facebook account.

It bears repeating: The video, linked here, is deeply unsettling. 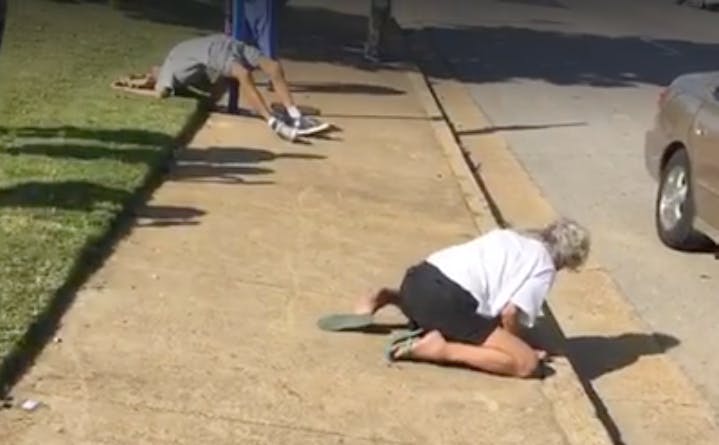 Local authorities in Memphis say the two people “snorted some heroin” in a nearby Walgreens bathroom, WREG reports. Both individuals needed to be revived and were taken to a local hospital. The woman, identified as Carla Hiers, was later taken into custody, due to an outstanding arrest warrant.

In a subsequent Facebook Live video posted yesterday afternoon, Courtland Garner, the man who posted the video, defended his filming of the incident and his decision to not call the police:

A lot of mofo’s say I should’ve called the police. For what? Why? That’s not my job. Grown people do drugs, dawg, let ‘em do. I’m not finnin’ to call the police. Fuck y’all on that. I’m not doing that. Y’all should’ve been come down there and helped them mother fuckers. Put on yo’ mother-fuckin’ stethoscope, n****a, and put it on their chest.

It’s likely that the video will remain available on Facebook. The company has a controversial policy of only removing violent and graphic content that is “supporting or encouraging” the behavior, which Garner clearly had no intention of doing. As of press time, the video was not marked as “disturbing” and did have a warning screen limiting its viewing to those only over the age of 18.