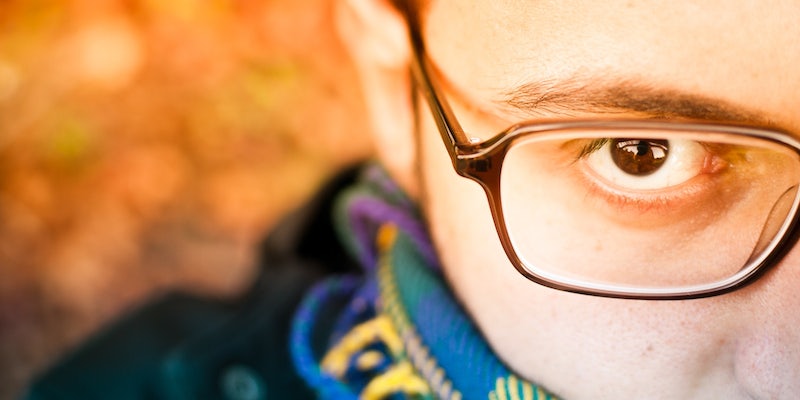 This is even worse than the guy who used memes to break up with his girlfriend.

It’s an age-old quandary: What should you do if you find out the person you love is cheating on you? Do you stay calm and try to make things work, or do you throw an epic tantrum at your significant other’s place that culminates with you breaking a few plates, storming out, and triumphantly blasting Kelly Clarkson in your car?

Either way, there are two things you should never, ever do: 1) Resort to violence of any kind, and 2) post a photo of the couple in flagrante delicto on Facebook, as this cuckolded Redditor did when he walked in on his now-ex-girlfriend sleeping with her roommate. Via r/trashy (note: the photo is somewhat NSFW): 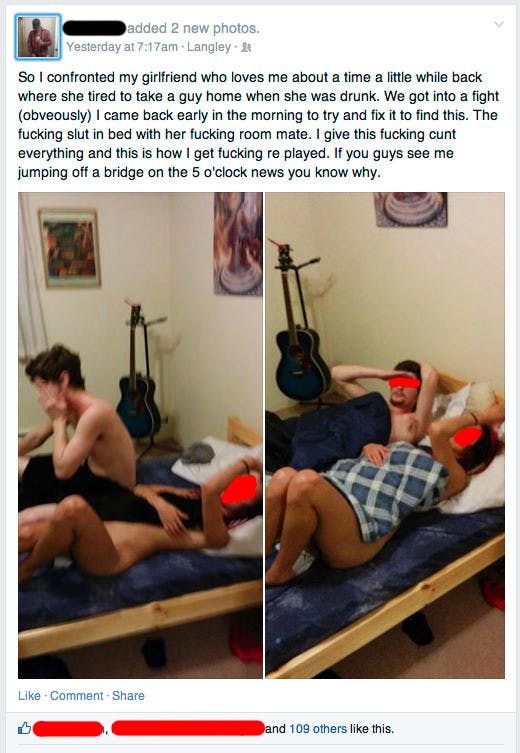 Class, all the way. 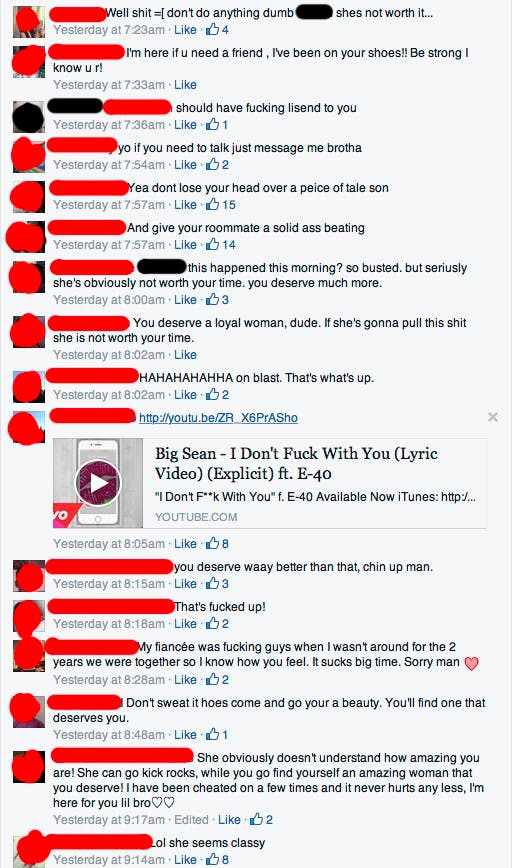 With the exception of a few critical Facebook comments (”Kind of shitty of you to post it on Facebook for everyone to see. It’s between you and her, not all of your Facebook friends,” one sober-minded individual writes) all of the responses continue in this vein.

“This is a Facebook earthquake bro,” one commenter writes. “Social media is like cancer. This is a 21st century revenge.”

In a terrifying response to the supportive (and occasionally horribly misogynistic) comments on the thread, the original poster offers more details about the incident, claiming he intimidated his ex-girlfriend’s roommate enough to prompt him to call the police. Further down-thread, he offers another chilling rejoinder: “If I could redo it I would have slipped a knife into both of them without waking them up.”

Assuming this is legit (we’ve reached out to the original poster of the Reddit thread to verify), this is probably one of the grossest ways you could deal with a bad breakup. In fact, on the spectrum of Ways To Deal With Being Cheated On, this is a million steps below breaking plates, and maybe half a step above posting photos of your ex on a revenge porn website. Dude, we’ve all been there, and it really, really sucks to be cheated on, but slut-shaming your ex and calling her names on social media won’t help mend your broken heart. All it does is make you look like an even bigger piece of human garbage than your ex.