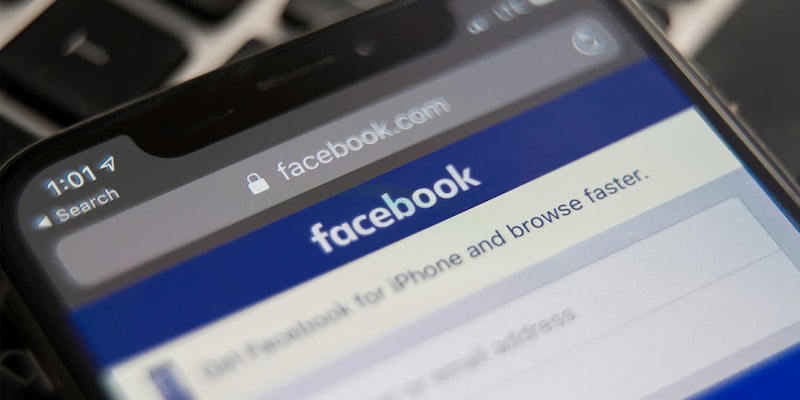 More than 75 percent of the posts reviewed were aimed at migrant caravans.

Facebook is letting its users post hate speech and write about shooting immigrants without doing much about it, a Daily Beast expose has revealed.

The Daily Beast reviewed more than a hundred posts in the last six months, of which nearly three-quarters were aimed at migrant caravans, the publication noted in a report on Tuesday that included excerpts from a handful of users.

“Why do we put up with people crossing our borders illegally, just shoot them my guess is it won’t happen for very long,” one user wrote last month, garnering 16 reactions and a share.

“We dont need a wall we need a mine field… just sayin,” responded a woman to his post.

“Just shoot them as they cross. Ammo is cheaper than barbed wire,” a police officer from Oklahoma wrote.

A quick search on Facebook by the Daily Dot on Wednesday morning garnered numerous results from users calling to “shoot them” in reference to migrant caravans as well as supporters who organized at the border in favor of the caravans.

“Shoot them all shoot them all as a come across the border. Rubber bullets at first then go to the real fan put up a no man’s land like a prison electrify offense there are simpler ways to deal with this,” wrote a user last month.

“Shoot them invaders a sign of defence act of war read the Constitution,” wrote another in October.

The posts go as far back as April.

In its community guidelines, Facebook states: “We prohibit people from promoting or publicizing violent crime, theft and/or fraud because we do not want to condone this activity and because there is a risk of copycat behavior.”

Facebook claims it’s “gotten better” at identifying hate speech, announcing new technology just last month that detects it before anyone reports it. In October through December of 2017, it “proactively identified” 24 percent of hate speech; in July through September of this year, it detected 52 percent, Facebook said in a report.

However, a user told the Daily Beast that after his account was banned for 30 days for saying John Kerry should be shot, he got back on the platform and continued with similar rhetoric. He was not suspended until the Daily Beast notified Facebook about it. A New York Times article last month reported Facebook repeatedly ignored warnings of hate speech on its platforms, fearing “backlash” from its users.

That Facebook users are still being able to post about shooting—whether it’s at migrant caravans or John Kerry—is especially crucial because of the somewhat frequent postings on social media by mass shooters before their attacks.

Read more at the Daily Beast.