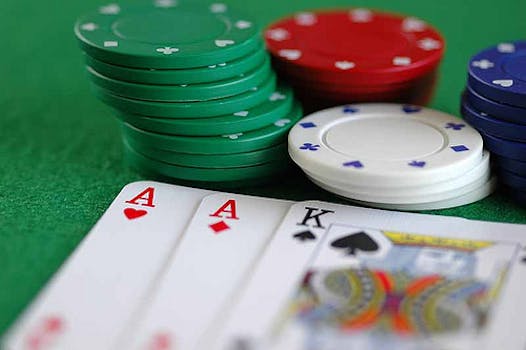 A new report out says Facebook is considering offering legal gambling in the United Kingdom.

Facebook has a plan to offer gambling in the United Kingdom, eGaming Review is reporting.

Facebook could offer online gambling in the United Kingdom, where regulated gaming is legal, as early as the first quarter of next year, according to the report. Facebook, which has not confirmed the report, has reportedly talked with more than 20 gambling experts and would license eight established U.K. gambling companies that would develop applications

“This could be HUGE,”  Mike Suprovici tweeted.

Indeed, while online gambling remains illegal in the United States, many revenue-strapped governments are considering proposals to allow online gambling to compete with offshore entities and brick-and-mortar casinos.

In its early days, Facebook relied heavily on advertising from online gambling companies, which have a history of skirting anti-gambling laws in the U.S. and other countries. Facebook eventually banned those ads, but recently relaxed that policy, perhaps in a bid to make it more appealing to likely investors in an initial public stock offering it is expected to make next year.

There are still several details to be ironed out in any potential UK deal, including how the social network would verify users’ ages and how payouts would be made.

“Would parents be ok with this? Facebook In Talks To Open Platform For Real-Money Gambling,” Yasir Shirazi asked on Twitter.