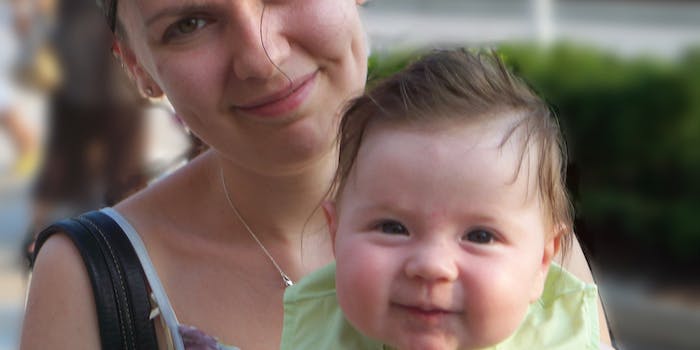 A new study has determined that the fertility of those in your social network can affect your own fertility as well.

If you take a cursory glance at all the new mom selfies and diaper-changing status updates on your news feed, it might seem like pregnancy is contagious on Facebook. Yet a new study in the June issue of the American Sociological Review says that might actually be the case.

According to the study, a woman’s fertility can be affected not only by her individual choices, but by whether other women in her social network are having babies as well. Put simply: If your Facebook friends are getting pregnant, there’s a good chance you will too.

The European study, “Does Fertility Behavior Spread Around Friends?”, used data from 1,700 American women to determine whether their friends’ fertility affected their own chances of getting pregnant. The study’s authors, Nicola Barban and Nicoletta Balbo from the University of Groningen and Bocconi University in Italy, respectively, tracked the women between the ages of 15 and 30.

“People compare themselves to their friends,” says Balbo. “Being surrounded by friends who are new parents makes people feel pressure to have kids as well.”

Of course, unless members of your high school cheerleading squad are literally traveling door to door with a turkey baster inseminating their Facebook friends, your social network can’t actually play a role in getting you pregnant, so the study’s results should be taken with a grain of salt. Plus, Balbo and Barban are careful to note that the effects of so-called pregnancy contagion taper off significantly within a short period of time: The decision to give birth “increases immediately after a high school friend gives birth, reaches a peak about two years later, and then decreases, becoming negligible in the long-run,” says Balbo.

But even though the effects of the pregnancy “contagion effect” have long been documented—anyone remember the Gloucester, Mass. teen pregnancy pact, as well as the epic Lifetime Movie it spawned?—the study is noteworthy in showing just how much the actions of our friends in our social networks can influence our own behavior, or, as Balbo puts it, how “high school friends impact our lives well after graduation.”

Considering what most of our friends were like in high school, that’s a pretty disconcerting thought.