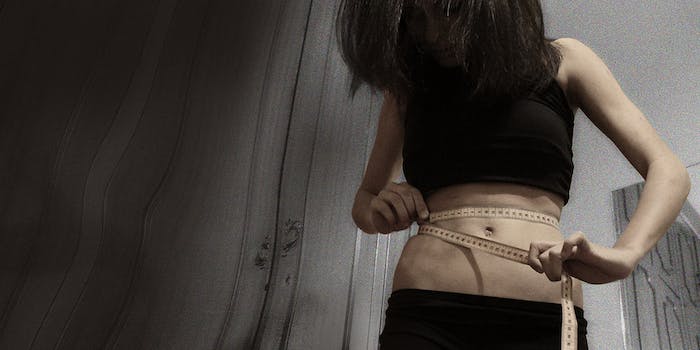 Researchers have found that frequent social media use might be linked to disordered eating habits.

Because most people use social media as a platform for presenting the most polished, curated versions of their lives, researchers have been slowly discovering how frequent social media use can negatively affect self-esteem.

It turns out that obsessively logging onto Facebook to hate-click through your high school nemesis’s vacation bikini pics might have more deleterious side effects than we thought, according to a recent study linking frequent Facebook use to eating disorders in college women (if this finding sounds familiar, that’s because it is—an American University study also concluded pretty much the same thing last year).

Published in the International Journal of Eating Disorders, the study asked 960 female college students to take a test assessing whether they had disordered eating habits. They were also asked how often they logged onto Facebook. The researchers found there was a small but positive correlation between women who spent more than 20 minutes on Facebook a day and disordered eating habits.

The researchers concluded that while surfing Facebook was probably no more likely to affect self-esteem and body image as, say, reading a fashion magazine, the fact that “these effects could be discerned after only 20 minutes of typical Facebook use in a laboratory setting raises concerns about how the use of the site throughout the day may impact eating disorder risk.”

While this conclusion reflects a less-than-nuanced take on the causes of eating disorders—which are far more complex and insidious than comparing oneself to an image online or in a magazine—at the very least, it’s good to have a reminder that if we’re not careful, our relationship with social media can devolve to one of unhealthy obsession. So if you’re obsessively clicking through your partner’s ex-girlfriend’s beauty pageant pics until 3am, it’s probably a good idea to log out of Facebook and get some sleep.