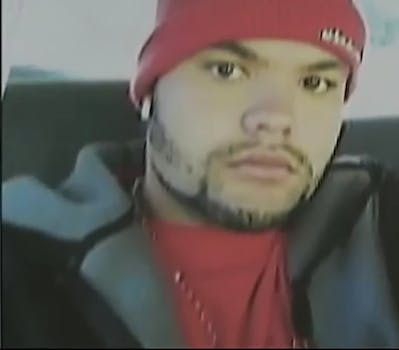 Anna Lamb-Creasey would have known her son had died nearly three weeks sooner, if only she knew the right place to look on Facebook.

Anna Lamb-Creasey’s son had disappeared without a trace. She called hospitals and jails. She waited for days and then weeks and then a month, desparate for a sign of life. She posted to his Facebook page. “Rickie where are you? Love mom.”

Lamb-Creasey might have known this sooner—if only she had checked a hidden folder on her Facebook page that most people don’t even know exists. Waiting in what’s called the “Other” folder was a message from the Clayton County, Ga., police telling her to call them.

She didn’t discover the message for nearly a month.

Now Lamb-Creasey is furious at the police for contacting her about her son’s death over Facebook. But she should save some of her anger for Facebook, too.

When you send a message to someone you don’t know on Facebook, it gets sequestered to the hidden “Other” folder, which only appears as a grayed-out tab on the site’s main messages tab. The police, like so many other Facebook users, probably have no idea this happens. (Here’s what it looks like, with emphasis added.)

Indeed, the only way to get a stranger to see your message on Facebook is to cough up $1. That will guarantee it goes to the recipient’s real mailbox. This just one of many cash grabs implemented by Facebook since its initial public offering last year, as the world’s largest social network chases profit to please new stockholders. Lamb-Creasey’s desperate search for her son may be the most harrowing and explicit example of how the feature does real harm to Facebook’s 1 billion users.

Facebook began quietly ushering messages from people who weren’t your friends into the “Other” folder back in 2010. But the rules weren’t set in stone. You could still change that setting yourself, if you wanted to.

Then came Facebook’s IPO in May 2012. In December, the company announced that you’d no longer be able to control who messaged you. Its algorithms would decide for you. No one except your friends would pop up in your inbox. If people you didn’t know wanted to message you, they’d have to cough up $1 for every message.

Just to be clear: The police’s behavior in the case was embarrassingly unprofessional. Rickie Lamb, Lamb-Creasey’s son, was struck and killed by a car on Jan. 24. The driver was not charged. Police claim they exhausted other avenues before contacting both Lamb-Creasey and her daughter through Facebook. Bizarrely, they contacted the family through an employee’s private account—someone named “Misty Hancock.” She identified herself as a Lt. Shindler and her profile showed her posing with Atlanta rapper T.I., someone who’s had a less than friendly relationship with police in the past, having served prison time for multiple felonies.

Even after they discovered the message, the family figured the whole thing was a scam. The fact the message was sequestered to the “Other” folder didn’t help. Lamb-Creasey’s daughter finally dialed the number on Valentine’s Day. That’s when they learned Rickie was dead.

“They told me that they did the best that they can do,” Lamb-Creasey told Atlanta’s News Channel 2. “But I’m not sure about that. They can track a criminal down, they couldn’t track me down? They could have done better.

Or Facebook could stop holding its most basic features ransom.

Instead, Rickie’s body waited in the county morgue for 20 days.