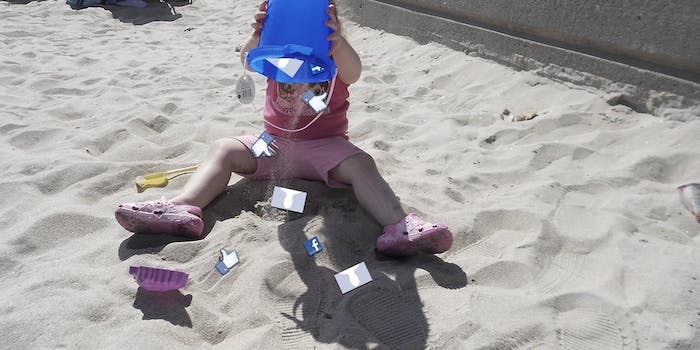 A new study found comments left on Facebook to be far more "civil" than those on the articles themselves.

Facebook may be making us sad, but it’s also making us a lot more polite. At least, that’s the takeaway from a recent study published by Ian Rowe, a researcher at the University of Kent.

Rowe’s paper, entitled “Civility 2.0: A Comparative Analysis Of Incivility In Online Political Discussion,” compared the comments left by users on political news articles on the Washington Post‘s website and comments on the same articles posted to the newspaper’s Facebook page. Rowe found comments left on Facebook to be far more “civil” than those on the articles themselves.

The difference, argues Rowe, is that Facebook comments are identified by a user’s name, picture, and link back to the given user’s profile. Comments left on the Washington Post, on the other hand, can be left anonymously.

“The findings offer empirical support to those who claim that the exponential growth of … Facebook, may have a positive effect on political behaviour,” writes Rowe. “Indeed, if uncivil behaviour has a deleterious effect on deliberation, and democracy more generally … the increase in Facebook use for political purposes ought to be embraced.”

The study looked at a random sample of 1,000 comments posted on 26 of the paper’s political articles published over a two-week span earlier this year. Comments were judged either uncivil or impolite if they committed any one of a litany of sins against discourse ranging from casting aspersions or name-calling to threatening the free speech/voting rights of other commenters or advocating the forcible overthrow of a democratically elected government.

Interestingly, it wasn’t just that website commenters were more likely to write mean things than their comparatively less anonymous Facebook counterparts. It turns out the targets of their ire were also different. “Almost half of all uncivil and impolite comments left on the website were directed at other commenters participating in the discussion,” notes the study. “In contrast, less than a quarter of uncivil and impolite comments left on Facebook were classed as interpersonal.”

The finding makes sense, as it’s generally a lot easier to call someone an idiot if their real name and face remain obscured by an online veil of anonymity. Even so, Rowe noted that both Facebook and the Washington Post‘s website recorded far more civil comments than uncivil ones.

Recent years have seen a concerted effort on the part of newspapers and online media outlets to clean up their comments sections by encouraging the use of real identities. In August, the Huffington Post announced it would begin gradually phasing out anonymous commenting in an effort to promote a higher caliber of user discussion.

“At HuffPost, we publish nearly 9 million comments a month, but we’ve reached the point where roughly three-quarters of our incoming comments never see the light of day, either because they are flat-out spam or because they contain unpublishable levels of vitriol,” wrote HuffPost Managing Editor Jimmy Soni in a blog post announcing the change. “Rather than participating in threads and promoting the best comments, our moderators are stuck policing the trolls with diminishing success.”

However, there is some evidence that real-name policies aren’t exactly the magic bullet to suddenly transform even the worst online cesspool into the McLaughlin Group. In 2007, South Korea passed a law mandating all high-traffic websites operating in the country to require users identify themselves by their real names. The law was quickly repealed after studies showed it had little effect on reducing the preponderance of uncivil comments and instead led to a spate of hacks on media sites where users’ personal data was compromised.”

Some media outlets have simply given up on comments altogether. In a move that sent shockwaves throughout the online media landscape, Popular Science stopped allowing comments on any of its new articles earlier this year, citing recent studies showing that “even a fractious minority wields enough power to skew a reader’s perception of a story.”