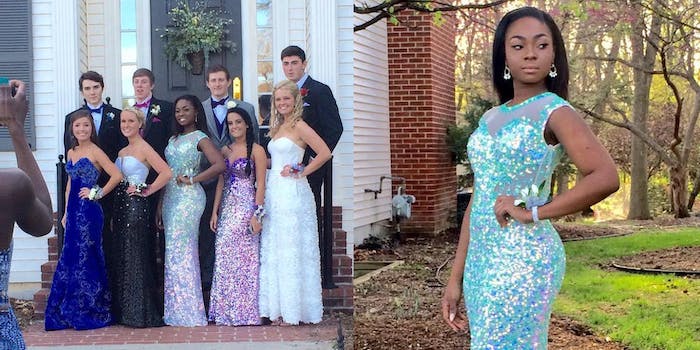 Like many high school students this spring, 17-year-old Zea (her last name has been redacted due to her age) had a date for senior prom. But when her prom date flaked on her, she decided she didn’t need him to make her photos unforgettable.

So when it came time to take prom photos, Zea decided to strike a pose without him.

In a phone interview with the Daily Dot, the Indiana-based senior revealed the backstory behind the prom photos. Apparently, students at her high school, Saint Joseph High School, are required to do 20 hours of community service before getting approval to attend prom.

At first, the guy that was supposed to go to prom with Zea assured her that he had completed his hours. But by the time prom night rolled around, it became clear that he hadn’t fulfilled the community service requirement.

Obviously bummed and frustrated with her date, Zea ended up getting approval to go to prom and bought tickets at the last minute. So she quickly found a dress to jump into, got ready in 15 minutes, and put the final touches on her look while en route to prom.

At first, Zea was nervous about going to prom without a date. “I talked to my sister two hours before prom, and she was like ‘Don’t worry, Zea, you’re gonna slay,'” she said.

Her friends were also kind enough to lend some support during prom.

Once Zea’s photos went viral, she says her original prom date started telling people that she was only getting attention because he’d stood her up in the first place. But we know the real reason why Zea’s getting so much love: because she’s g-l-a-m-o-r-o-u-s. Sorry, mister, but you missed out on the night of your life. 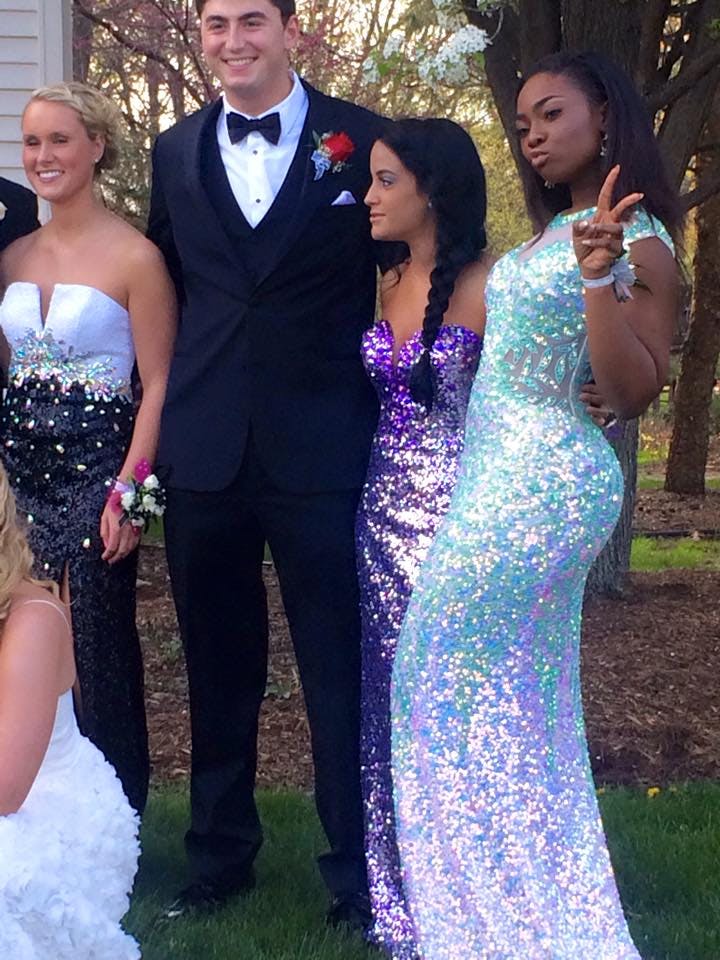