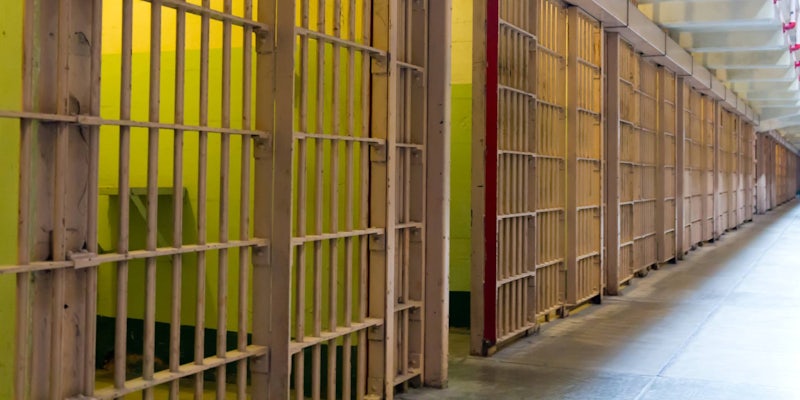 They've been highlighting it for years.

Being incarcerated in the United States means facing the trials and travails of a life in prison as well as the oft-difficult reintegration back into free society. Pervasive stereotypes and stigmas remain—even once the imprisoned are out?about those who end up behind bars.

But human lives and experiences aren’t always so easily packaged and boiled-down to assumptions. To the contrary, they’re usually packed with complexity, uncertainty, and even artistry. That’s what the Everyday Incarceration Instagram account has been highlighting for years.

William Howard ‘Tex’ Johnson, 67, Robbery “Well, I got 50 years. Snatching $24 out of a man's hand. It was 1959, in Birmingham (Alabama). A lot was going down. We were struggling with the civil rights thing, and Dr. Martin Luther King was leading it. And I had come down there with this organization. I didn't even think about it [the racial motive], because all I was thinking about is, I get the chance, I'm gonna escape, and I did. I've escaped three times. And I could go like the wind, and they never could catch me. The last time I escaped, it was 1962. They didn't catch me till 1992. They never gave me no time for escaping. All they do is just get you and bring you back, and that's all. I'm a little disappointed at myself, you know. Cause I got a good education. My first wife had died. Then I married another girl. She and I had a son.I guess she's dead, too. It's a waste of a life, it is. I’m in no shape to run now. I’d like the freedom. But I’d never get over the fence. I’m doing 50 years for robbery. But I never robbed anyone. I only took 24 dollars from one man. I consider robbery is when you use a weapon. I never used a weapon. What I would like to do, I would like to write a book for young black people. Tell them that this ain't the way. This ain't the way. You don’t do it this way. That’s what I would like to do. Maybe someday, I will.” Photo by Ron Levine #incarceration #prison #prisonphotography #portrait #everydayincarceration #everydayeverywhere #prisonportraits #ronlevine #prisonersofage #alcatraz #ACLU #elderly #aging #costofincarceration #massincarceration See a selection of portraits from “Prisoners of Age” on @Narratively. Link in tagline.

A post shared by Everyday Incarceration (@everydayincarceration) on Aug 21, 2015 at 7:21am PDT

Katz and Seville also curate an Everyday Incarceration page on Medium, which adds rich, new details about some of the photos, while also highlighting comments from those who’ve experienced the correctional system—either first-hand or through the imprisonment of their loved ones.

A huge part of the impact and the beauty of the photo essay format comes in the spaces that are unspoken and unwritten, allowing the viewer to fill in the emotional and contextual gaps of the pictures. Everyday Incarceration uses this to great effect, whether to show the circumstances of life on the inside, or the impact that incarceration has on friends, family, and loved ones.

Evelyn moving to her second home in four months after she and her domestic partner broke up. Astoria, NY. Upon release, Evelyn fell in love and set up a home with a woman and her three children. When the relationship ended after two years, Evelyn moved back to transitional housing for a few months and then to a house she shares with six other women. Evelyn attended a culinary training program and found a full-time job in a corporate cafeteria where, after ten months, she was promoted to sous chef. Evelyn was recently denied release from parole supervision. Photo and interview by Sara Bennett @sarabennettbrooklyn Link to Bennett’s book, “Life After Life in Prison” in tagline. #everydayincarceration #prisonportraits #everydayeverywhere #prisonphotography #prison #reentry #newyork #Queens #everydaybronx #publicassistance #criminaldefense #attorney #parole

A post shared by Everyday Incarceration (@everydayincarceration) on Oct 24, 2015 at 12:34pm PDT

Whether through images of the incarcerated themselves, or their families on the outside, Everyday Incarceration paints a vibrant and essential picture of American lives that too often go overlooked.