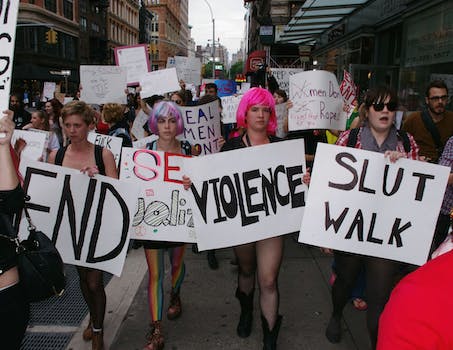 Americans, sadly, are no better.

A survey conducted on behalf of the European Commission found that about 27 percent of Europeans believe that certain circumstances make rape acceptable.

The survey, reported in the Washington Post, asked if sex without consent could be justified for one or all of the following reasons:

From the 30,000 Europeans who responded to the survey, 27 percent of young men and 20 percent of young women believed that nonconsensual sex was acceptable in one or all of those circumstances. Between 45 and 55 percent of respondents in Romania and Hungary were likely to excuse rape, joining Malta, Cyprus, Latvia, Lithuania, and Estonia as some of the countries with the highest number of people who believed rape was OK.

Scandanavian countries like Sweden, Denmark, Finland, and the Netherlands had some of the lowest numbers of rape-acceptors, but 6 to 15 percent of people in these relatively progressive countries still excused rape for one or more of the reasons listed above.

It’s worth noting that most of the “reasons” suggested by the European survey placed blame on the victim of the rape or assault—showing that many societies in Europe believe assailants have more rights over the bodies of others than people, especially women, have over themselves.

Not that Americans understand rape, either. A recent study conducted by the University of North Dakota found that one in three college men said they would rape a woman if they could get away with it. One in three women, on the other hand, are survivors of sexual assault or partner violence. That number is much higher if the definition of “assault” is extended to include any non-consensual touch, like groping.

We are also a country that just elected a man who bragged about grabbing women’s vaginas to be our leader.