Screenshot via Trade Me

It's long and purple and maybe a little limp. 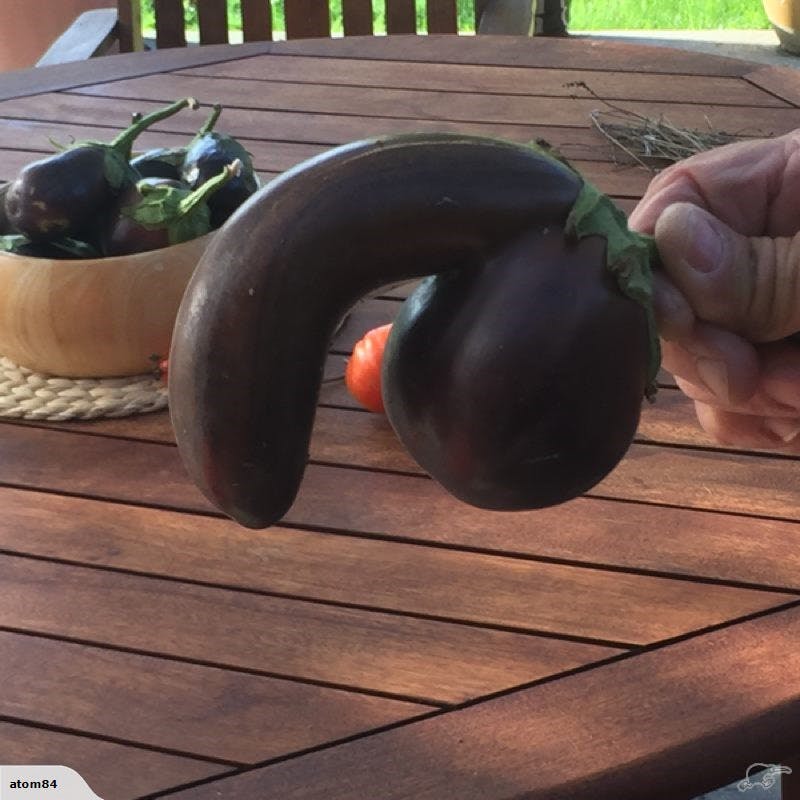 In a very hilarious and pun-filled Q&A section of the auction, the seller says that the eggplant is seven inches long with a five-inch girth. Because when it comes to eggplants, size does matter. 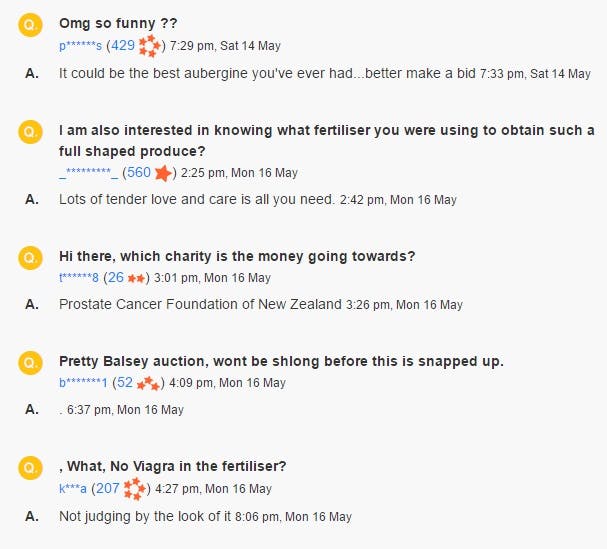 The current bid on this sexual vegetable is $107, with a total of 23 bids. The seller notes on the site that proceeds from the sale will go to benefit the Prostate Cancer Foundation of New Zealand.

The New Zealand Herald, explained the mission of the seller, who wished not to be named:

…it all started as a joke when his father, an avid gardener, found the oddly-shaped aubergine growing in his vege patch.
“He thought it was hilarious, and my wife and I found it pretty funny too,” said the man from the Waikato.
He added that the family thought long and hard about which charity deserved the proceeds from the sale.
Having recently lost a close family friend to prostate cancer, they were quite pleased to select the New Zealand Prostate Cancer Foundation as the recipient.
“It was a happy coincidence that the eggplant had that shape,” he added.

The auction runs until Saturday. And we hope whoever wins really enjoys eating that beautiful, purple, peckerish produce.