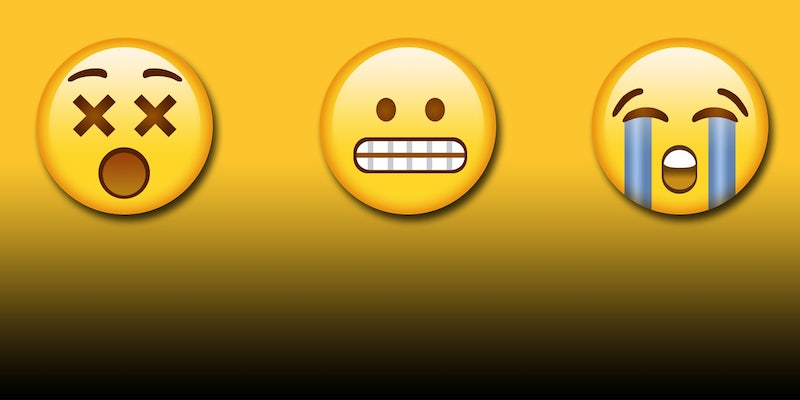 Are emojis virtual extensions of our mental and emotional decline?

Take a look through your recently used emoji. Do you remember who you sent them to, or why? Do you remember your state of mind? Is it healthy if you use the skull and booze emoji most frequently?

All those questions might be answered via Emojinalysis, a new Tumblr run by Dan Brill, a Brooklyn-based copywriter who’s also responsible for New Yeezy Resolutions. He asks curious parties to send their name, age, and a screenshot of their most recently used emoji, which he then psychoanalyzes. 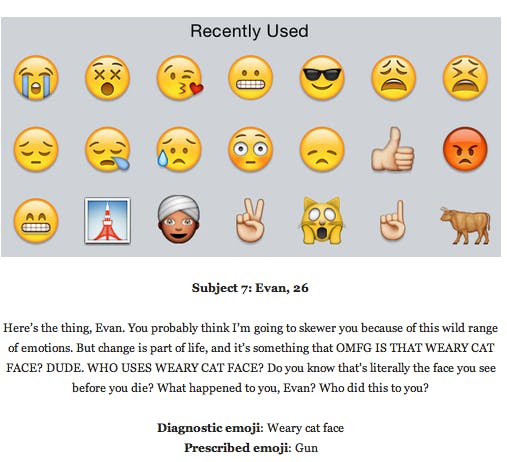 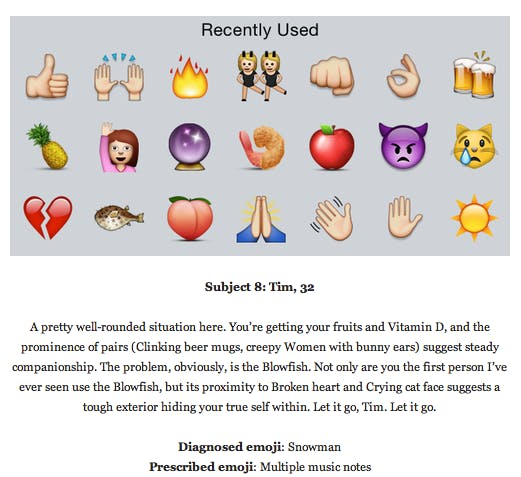 Brill explains the idea for the Tumblr came from a moment of personal reflection.

“I was texting with a friend and brought up my recently used emoji, and I saw a bunch of booze, distressed faces, and exploding things,” he says. “It made me think to myself, ‘Hmm. Am I alright?’ I realized you can tell a lot about what’s going on in a person’s life based on their recently used emoji. (I am alright, by the way.) So I decided to handle this terrifying personal realization by analyzing other people instead. It’s helped.” 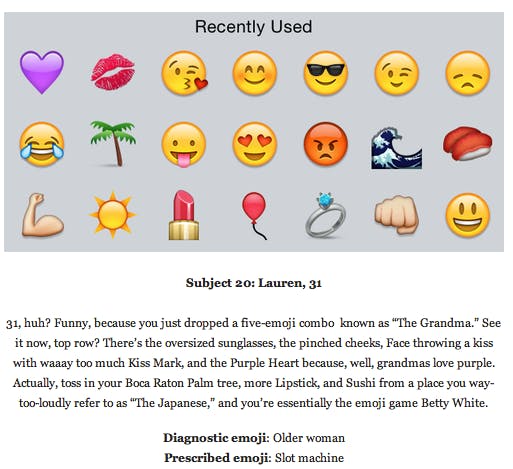 Are emoji virtual extensions of our mental and emotional decline? Brill doesn’t think it’s that serious, but stresses you might want to talk to a real therapist if certain emoji keep popping up.

“To be clear, I think emojis are great,” he explains. “But I do believe that if you’re firing off an abundance of skulls and weary cat faces, you may want to text your therapist instead.”

I asked Brill to analyze my recently used emoji, and the diagnosis was grim. 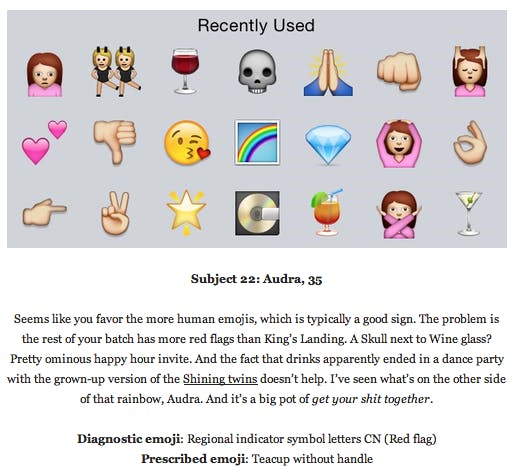