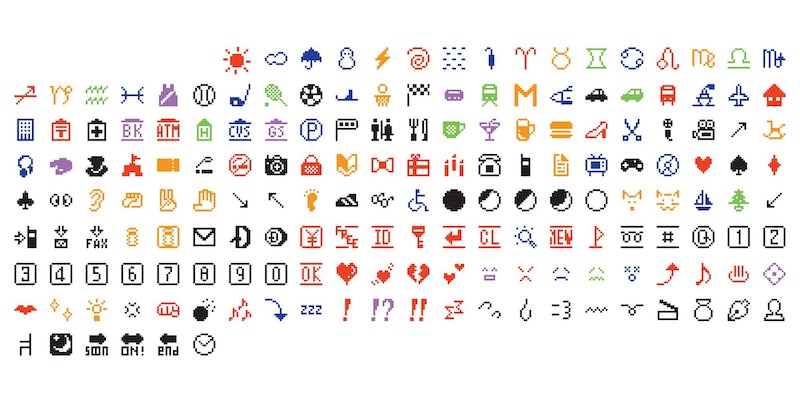 Emoji are officially recognized as work of art

The 1999 originals are now part of the MoMA collection.

The Museum of Modern Art has acquired the original set of 176 emoji for display, and look how puny they were. Seriously, not an eggplant in sight.

The visual alphabet, designed by Shigetaka Kurita, was released to Japanese cellphone users in 1999 as an easy way to communicate emotions over text message. “These 12 x 12 pixel humble masterpieces of design planted the seeds for the explosive growth of a new visual language,” says MoMA in a press release. “When combined with text, these simple images allow for more nuanced intonation. Filling in for body language, emoticons, kaomoji, and emoji reassert the human in the deeply impersonal, abstract space of electronic communication.”

There are some familiar faces among the original emoji, including the zodiac symbols, phases of the moon, and a few different hearts. But the MoMA’s acquisition shows us just how far we’ve come with the digital language. For instance, the original set had crossed eyes instead of the now-infamous side eye, there was no “100” and just five face options. So let us take a moment to appreciate the bounty of emoji in 2016. Though, would it kill them to add a dinosaur?