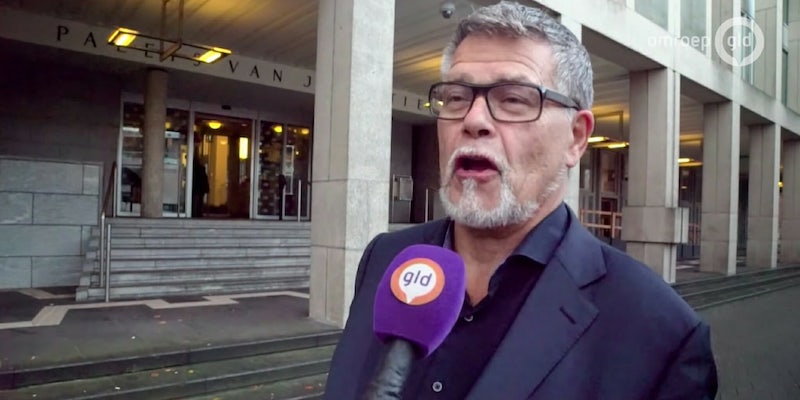 Beware of this guy.

Heaven help the woman who swipes right on this asshole of a Dutch entrepreneur who’s trying to legally change his age to have better career and Tinder prospects.

Ratelband, who has called himself a “young god,” said that his age doesn’t reflect his “emotional state,” and has trouble finding work and love. He says doctors have told him he has the body of a 45-year-old.

Ratelband’s legal arguments ultimately don’t matter so much in regards to his intentions, because this guy really just wants to be able to mislead and hook up with younger women without having to explain to him that he’s geriatric.

However, let’s break down Ratelband’s false equivalency anyway. For a  transgender person, wanting to change their gender marker can validate them in the ways that Ratelband wants to be validated, but for them, this legal change is about so much more than love and finances. It’s about having your humanity recognized and being able to move through the world safely and confidently as a result—something that Ratelband, a white man, has been able to experience for seven fucking decades. Comparing his reasoning for changing his legal age to why transgender people would want to change their gender marker is completely disingenuous, and he needs to be called out for it.

If he really was a “young god” wise beyond his 50-ish years, he would have figured out that no other man in history has even been stopped from lying about his age on a dating app. Daters beware, swipe left.