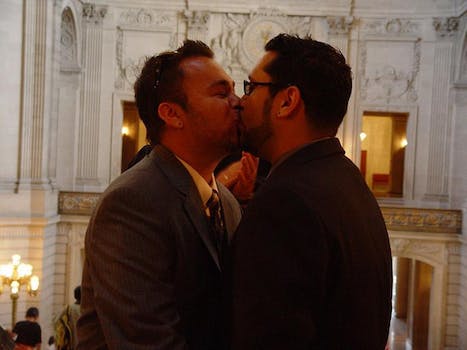 A public prosecutor condemned the viral video, saying it was "humiliating, regrettable, and would anger God."

An Egyptian judge has sentenced eight men to three years in prison each for appearing in a video of what appears to be a gay wedding party on a riverboat on the Nile. The eight men identified in the video have been convicted of “inciting” debauchery and spreading “indecent” images, and will be subject to police supervision after their release.

The one-minute video, which was recorded last August, shows two men exchanging rings and chastely kissing on what appears to be a boat on the Nile. A group of men are shown in the video, loudly cheering them on.

While gay sex is not explicitly outlawed in Egypt, gay marriage is illegal and the LGBTQ community is often targeted by Egyptian police forces, who often call for raids and crackdowns on notorious gay hotspots. One such crackdown, which took place in 2001 on a gay boat cruise called the Queen Boat, resulted in the arrests and trials of 52 men.