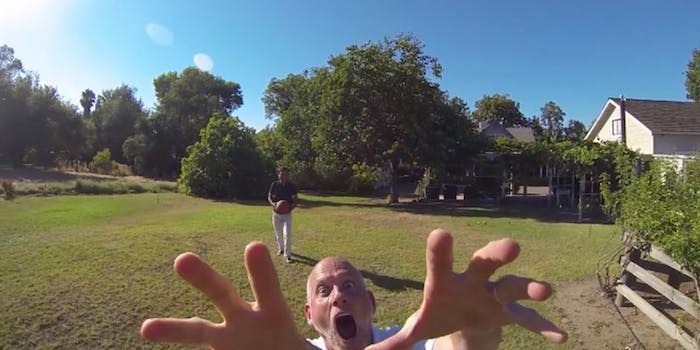 Dronestagram provides a drone’s-eye-view of the world.

Dronestagram— not to be confused with a previous Dronestagram, which has a military focus and seeks to engage your political conscience—is a new network that provides a drone’s-eye-view of the world.

Instead of bombing targets, you get rolling countryside, beautiful beaches, and sweeping, curved horizons. The site receives uploads from the operators of private commercial drones. “Got a drone?” the site asks. “Share your best aerial pictures and let’s build a world map of our Earth.”

According to a somewhat worried Federal Aviation Administration, about 30,000 private unmanned aircraft may take to U.S. skies in the next few years. Currently, hobbyists are only permitted to fly their vehicles at heights below 400 feet, and never close to an airport. Still, there have been some close calls, as when a pilot over JFK International reported a “mysterious drone” hovering some 1,500 feet in the air. Even a near-collision with the craft could have been disastrous.

Most American pilots using Dronestagram appear to be obeying government restrictions on remote-controlled flight, while others from around the world sometimes get quite a bit higher. More than just a collection of robot photography, however, the project gives us new breathtaking angles on the same things that would turn up on Instagram: architecture, nature, and even weddings in the Czech Republic. It also, as far as American users are concerned, gets around a pesky law: “commercial” drone flights are still illegal in the U.S., meaning hobbyists cannot use the in-flight footage for commercial gain. By disseminating the material for free, they can avoid any repercussions.

Elsewhere, the idea of commercial drone flight is gaining acceptance. A conservancy in Kenya, for example, will soon be using a drone in its anti-poaching operations.

We can’t wait to see an elephant herd from above.