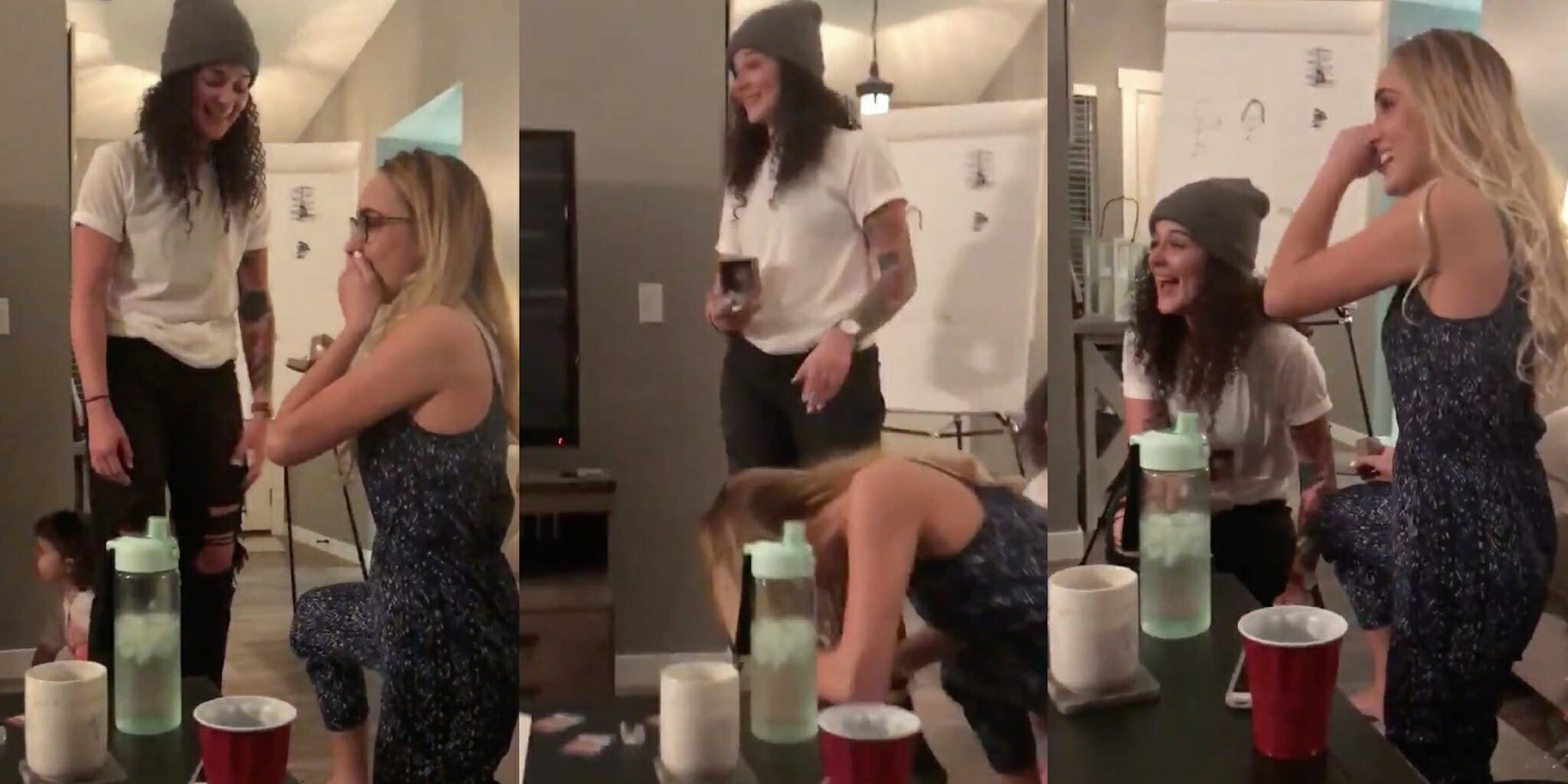 So many hours are spent planning engagement proposals. From buying the ring, exacting the execution, and getting someone to nonchalantly document the whole thing, the pressure to get a proposal just right is daunting.

So I can’t imagine what it must feel like to be in the middle of a genius proposal, just to turn around and see your significant other down on one knee with a ring box in hand.

I PLANNED A PROPOSAL FOR MONTHS.. little did I know she planned one too! #doubleproposal #lgbt pic.twitter.com/hWrIaFn3Dl

On Sunday, a Twitter user named Sydney posted this double whammy of an engagement proposal between her two friends Berkley and Tori. In the video, the proposal attendees are playing a game of Pictionary as Berkley appears to “draw out” her proposal to Tori. However, as she’s busy doodling her love on the drawing board, Tori gets down on one knee behind her, leaving Berkley speechless, jaw dropped, when she turns around and realizes what’s going on.

Berkley stands in stunned silence as someone off camera yells, “Show her, Berk! Show her!” So Berkley reaches over, grabs another ring box, and opens it, leaving Tori speechless and in tears as she gets on one knee herself.

“We kept this secret from each other…” Berkley begins to say.

“For so long!” Tori completes the sentence.

Yep, looks like this “ruined” engagement only got better for the both of them.

Watch the entire video below: