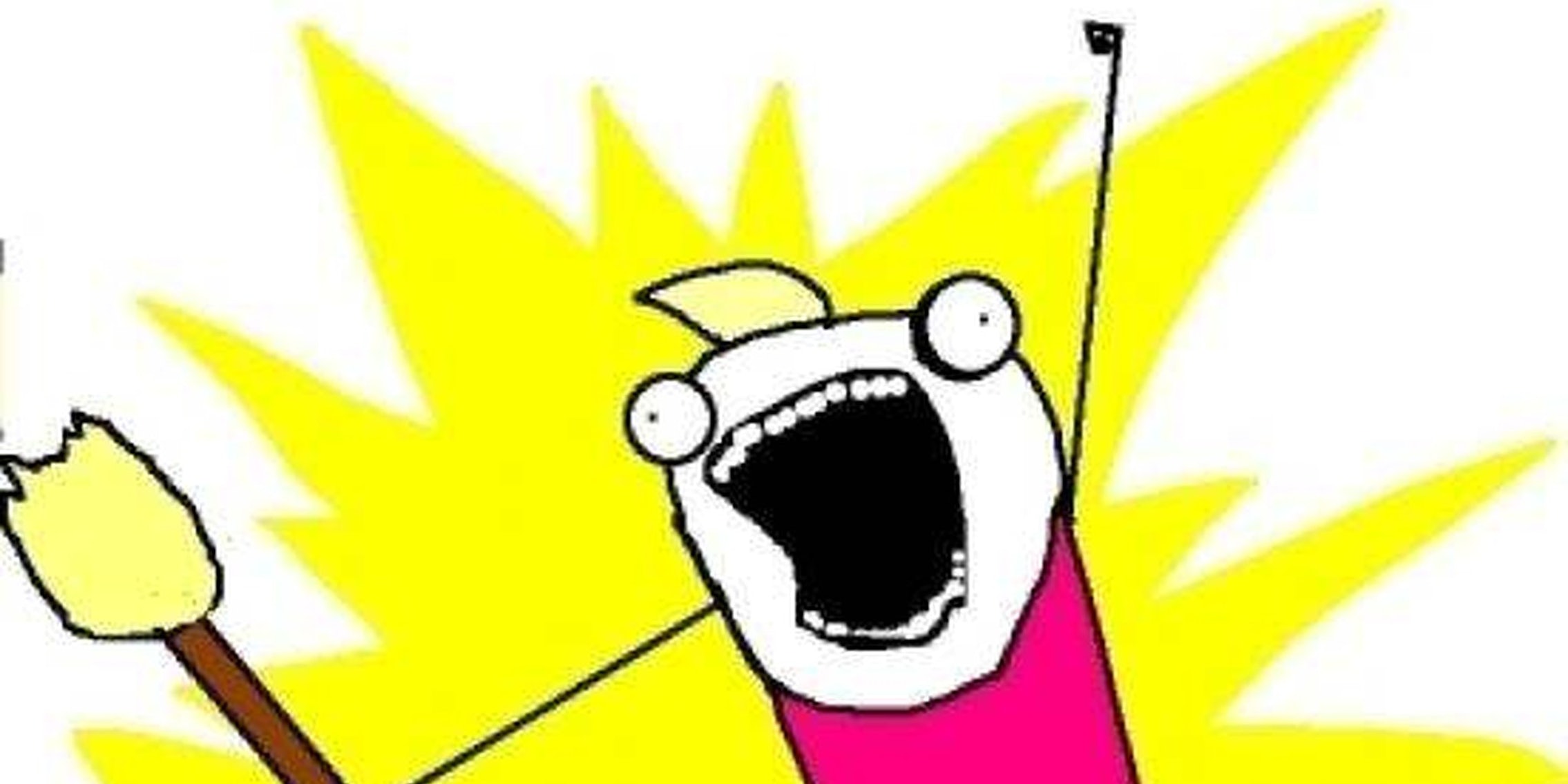 On Pinterest, nobody loses. It’s a pin-pin situation. Everybody pins!

Remember “the Internet of things”? That venerable phrase, invented in a fit of supply-chain wonkery by a Procter & Gamble brand manager in 1999, has come to mean the networking of ordinary objects.

Most people who talk about things getting on the Internet are concerned with the technical mumbo-jumbo of hooking stuff up. But there’s a much more crucial way in which we’re building an Internet of things.

Call it the Pinternet of things.

Yes, everyone’s crazy about Pinterest, the image board that lets you select an object, pin it to a virtual wall, and share it with your friends.

Pin all the things!

No, seriously, pin all the things.

Google wants to organize all the world’s Web spam—sorry, I meant to say “information.” Amazon.com wants to be your store, from A to Z. Facebook is aiming to be a complete directory of all humans on the planet. And Spotify hopes to become the Celestial Jukebox of music in Napster’s place.

Put Pinterest up there as the complete catalog of the world’s objects.

Allison Tyler, who just revealed herself this morning to Daily Dot readers as the force behind the satirical blog WTF, Pinterest?, put it best:

“Pinterest is, usually, calming to me because it lacks the human interaction—it’s just … stuff.”

Perhaps we have been a little too successful in populating the wild frontier of the World Wide Web. From Reddit to YouTube to Twitter, Web communities howl and yelp and strut and scream at each other. All of that activity is entertaining and occasionally thought-provoking, and we cover it like mad here at the Daily Dot.

But what about the stuff?

Maybe social networks got a little too social somewhere along the way. Communities such as Etsy, Canvas, Flickr, and Pinterest are built on images, not individuals—and those are among the fastest-growing sites we’ve seen recently.

Facebook, the biggest social network of them all, has a people problem. Its users go there to socialize and catch up with friends—not shop. As much as Facebook’s management would like it to be an e-commerce destination, it just isn’t. And those pictures people post in their timelines? More often than not, they’re jokey memes, not objects of desire.

That’s a problem for Facebook investors, if not Facebook users, since the company hopes to diversify away from advertising to make money off of commerce, too.

Pinterest hasn’t figured that part out, either. But as the Web’s catalog of catalogs, it has a much better shot.

As Kreayshawn once put it, Twitter’s the street. Facebook’s your living room. And Pinterest?