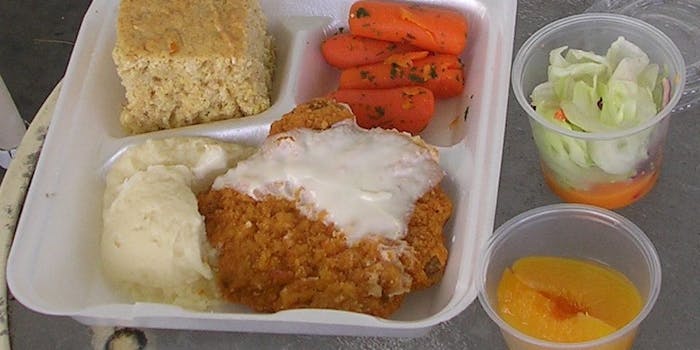 This is true compassion.

In Donald Trump’s first budget, he proposed to cut all federal funding for Meals on Wheels, the program that feeds elderly, low-income Americans.

The White House called it a “compassionate” decision, but apparently, plenty of Americans disagree. And they’re showing their displeasure with their money and their time.

Jenny Bertolette, the VP of communications at Meals on Wheels, told Yahoo on Friday the organization received more than 50 times the normal amount of donations on Thursday and said that it “saw an almost 500 percent jump in volunteer sign-ups through our AmericaLetsDoLunch.org Ad Council website.”

“You’re only focusing on half of the equation, right? You’re focusing on recipients of the money. We’re trying to focus on both the recipients of the money and the folks who give us the money in the first place,” Mulvaney said. “And I think it’s fairly compassionate to go to them and say, ‘Look, we’re not going to ask you for your hard-earned money anymore … unless we can guarantee to you that that money is actually going to be used in a proper function.’ And I think that is about as compassionate as you can get.”

As the Hill notes, more than 219 million meals were served to 2 million senior citizens in 2016.