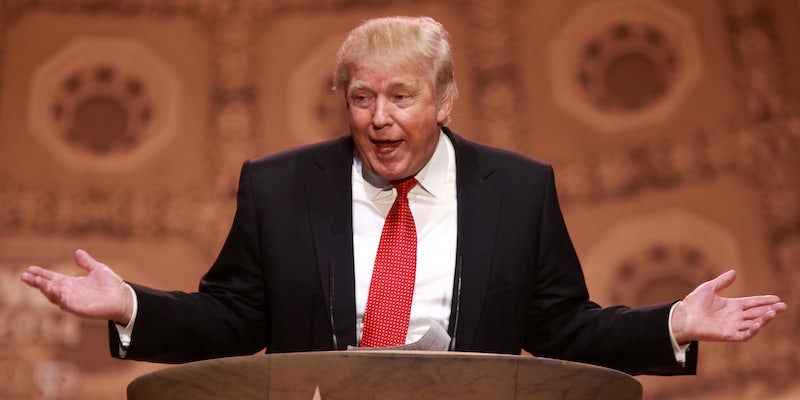 More than a week after President Donald Trump signed an executive order banning Syrian refuges and nationals from seven Muslim-majority countries from entering the U.S., the administration has lost yet another battle with the courts.

Though a U.S. federal judge in New York issued a temporary stay on parts of Trump’s immigration ban soon after Trump signed the order, a judge in Seattle on Friday has shut down the whole idea, at least temporarily.

U.S. District Court Judge James Robart said Friday, via the New York Times, the federal government had argued that “we have to protect the U.S. from individuals from these countries, and there’s no support for that.” Thus, he temporarily blocked Trump’s executive order from being enforced across the country. That means citizens of those seven countries (Iran, Iraq, Libya, Somalia, Sudan, Syria and Yemen) now can enter the country if they’re legally obliged to do so.

As it’s been widely reported, there have been no terrorist attacks since 9/11 by anybody hailing from those seven nations.

The White House immediately slammed Robart’s decision, calling it “outrageous” and saying it would file for an emergency stay as soon as it could. On Saturday morning, Trump began tweeting about it.

When a country is no longer able to say who can, and who cannot , come in & out, especially for reasons of safety &.security – big trouble!

Interesting that certain Middle-Eastern countries agree with the ban. They know if certain people are allowed in it's death & destruction!

The “so-called” judge, by the way, was nominated to the federal bench by President George W. Bush in 2003 and confirmed by the Senate 99-0.

On Friday, a Justice Department lawyer claimed more than 100,000 visas had been revoked by Trump’s order, though the State Department later said the number was closer to 60,000. Robart’s ruling pleased immigration lawyers.

“What we’re seeing here is the courts standing up to the unconstitutional ban that President Trump imposed,” Omar Jadwat, director of the Immigrants’ Rights Project at the ACLU, told the Times. “There’s obviously more litigation to come, but this is truly good news for the many people both in this country and abroad who have been unfairly targeted on the basis of their religion by this ban.”

Update 10:48am CT: The State Department has complied with the court ruling.