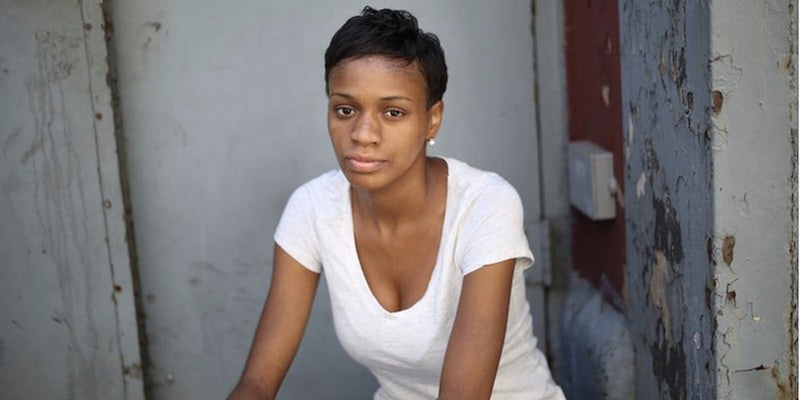 An important and substantive conversation on Reddit? You might have never dreamed it possible. But in an Ask Me Anything (AMA) thread on Tuesday, a young woman named Destiny Mabry used the platform to share her harrowing experience with domestic violence and answer users’ questions on the subject.

Mabry first opened up in a Radio Rookies piece for WNYC radio on Monday called “Seeking an End to Cycles of Abuse” as part of the “CRUSHED: Teens and Dating Abuse” series. In the piece, Mabry shared about the January 2014 murder of her older sister, Kia Von Miller, and her niece and nephew. The three were killed by Von Miller’s husband, who had a long history of controlling behavior.

In the AMA, Mabry shared one notable instance of her brother-in-law’s financial abuse (when one partner strictly controls the other partner’s finances) that stuck out in her mind as troubling:

“[One time] me, my sister and my mom we went to Wal-Mart and bought a set of forks and knives. We came back, and once he got back in the house he was really upset. This is when we went to visit them down south. He said “Kia didn’t tell you that we have forks and knives in the attic?” We were like “No.” We heard him say to her: “the next time you think you think about making a purchase like that you make sure you consult me first.” Me and my mother were completely dumbfounded. We were just stuck. At the time my sister was in the kitchen so I couldn’t see her reaction, but I sensed she was afraid. My sister wasn’t even at liberty to buy a fork without getting chastised for it.”

Eventually Mabry shared her concerns with her sister about her brother-in-law’s controlling behavior. “The last time I saw Kia I told her, ‘You know the way he’s treating you is not right,’” she wrote on WNYC. “But she had her head down and said, “I’m just doing what I have to do as a wife, he’s never hit me.’”

Mabry herself was also in an abusive relationship as a teenager, and her and Kia’s mother had an abusive boyfriend. While some survivors of domestic violence may have turned inward with their painful experiences, Mabry opened herself up for strangers’ questions. Many wanted advice on how they could help others who are struggling.

“My question to you is, as friends or family, what are good signs that indicate that a person is a victim of domestic abuse and what can we do to help?” one participant in the AMA asked.

I’d say the first thing you have to do is listen. I think people speak twice as much as listen, and I think it should be the opposite. My mother always told me: “there’s a reason you have two ears and one mouth. You’re supposed to listen twice and speak once.

Another Redditor asked how one can be a good friend to someone dealing with domestic abuse.

Mabry’s Reddit forum was not unprecedented: Last year, a former member of the Coast Guard shared his story of domestic violence, shedding light on the subject of male victims. Many praised his bravery in sharing his story, while (true to Reddit form) the trolls came out to question his masculinity.

Mabry, for her part, is ready to start a larger dialogue about domestic violence and what we can do to stop the cycle.