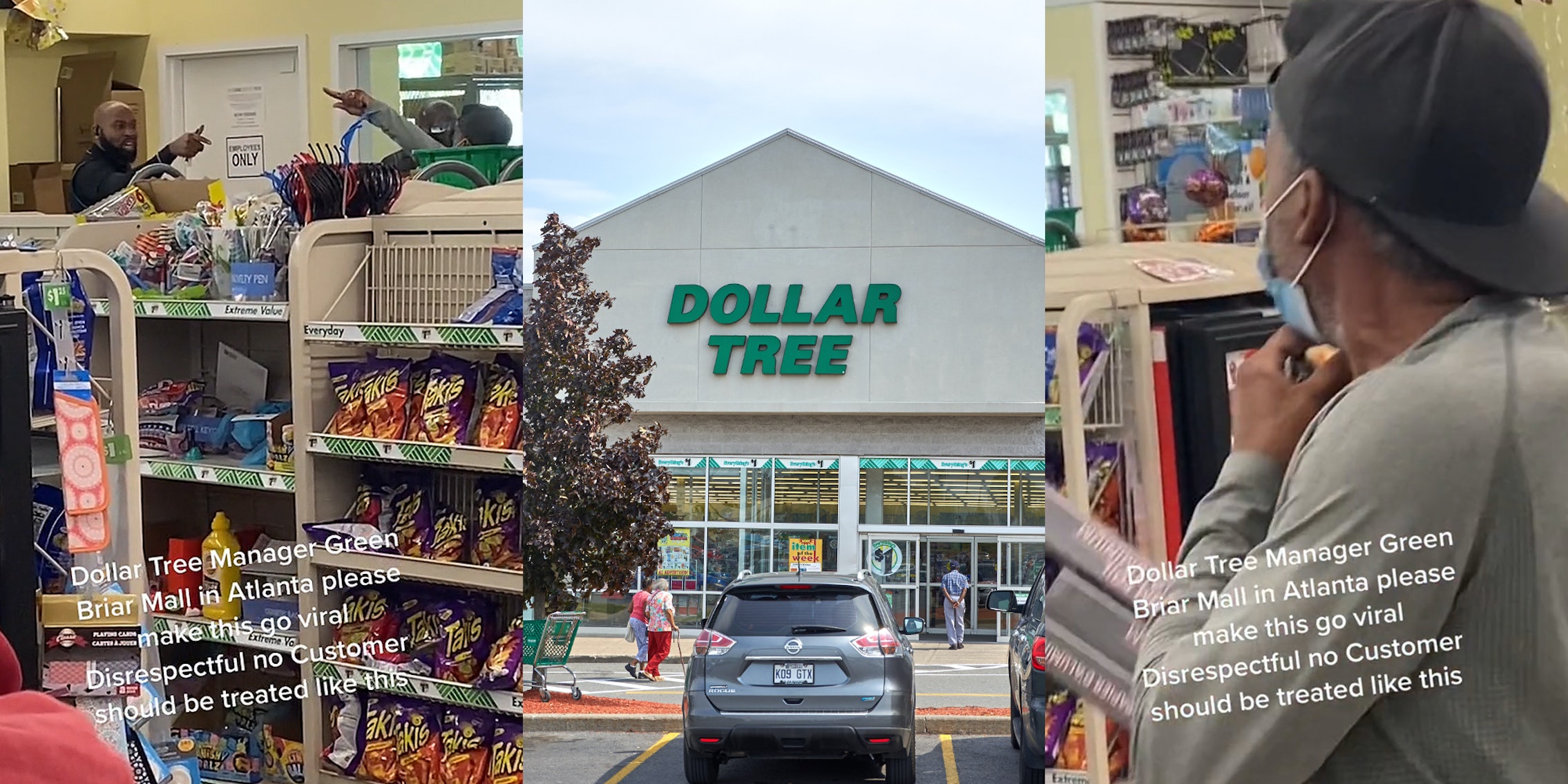 In a viral video posted Oct. 17, a TikToker known as @lpeters1107 shared a video of an altercation between a Dollar Tree manager in Atlanta, Georgia and a customer. The video has received over 296,400 views.

“Dollar Tree Manager Greenbriar Mall in Atlanta. Please make this go viral. Disrespectful, no customer should be treated like this,” the overlay text on the video read.

The video begins in the middle of the argument, with the manager yelling at the customer for knocking on his door with a sign that read “employees only.”

“Your name ain’t on my roster. You ain’t have no motherfucking business knocking on my door,” he says to the customer. “So you can go outside or stand your ass in line.”

“You go to hell, man,” the customer responds, to which the manager says that he will “be there waiting for your ass.”

The men continue to yell at each other as customers watch on, and eventually, the manager returns to his office.

“I won’t be back in this motherfucker no more with your ass in here that’s for damn sure,” the customer says, as he walks off camera, presumably out of the store.

The creator recording the video noted that the interaction was “disrespectful and rude.”

In the comments section, users were left divided on the interaction and if the manager’s reaction was warranted.

“It’s so hard to find help for how much they are paying, they won’t do a thing about this,” another commented.

“WOW. This is ridiculously & dangerously unprofessional! Dollar Tree needs to get rid of him!” a third user said.

In a response to a user, @lpeters1107 provided more context to the situation.

“I was the one recording, the line was at least 10+ and the gentleman decided she needed some help and knock on the door for help and he came out,” she explained.

The Daily Dot reached out to Peters via TikTok comment and Dollar Tree via email.