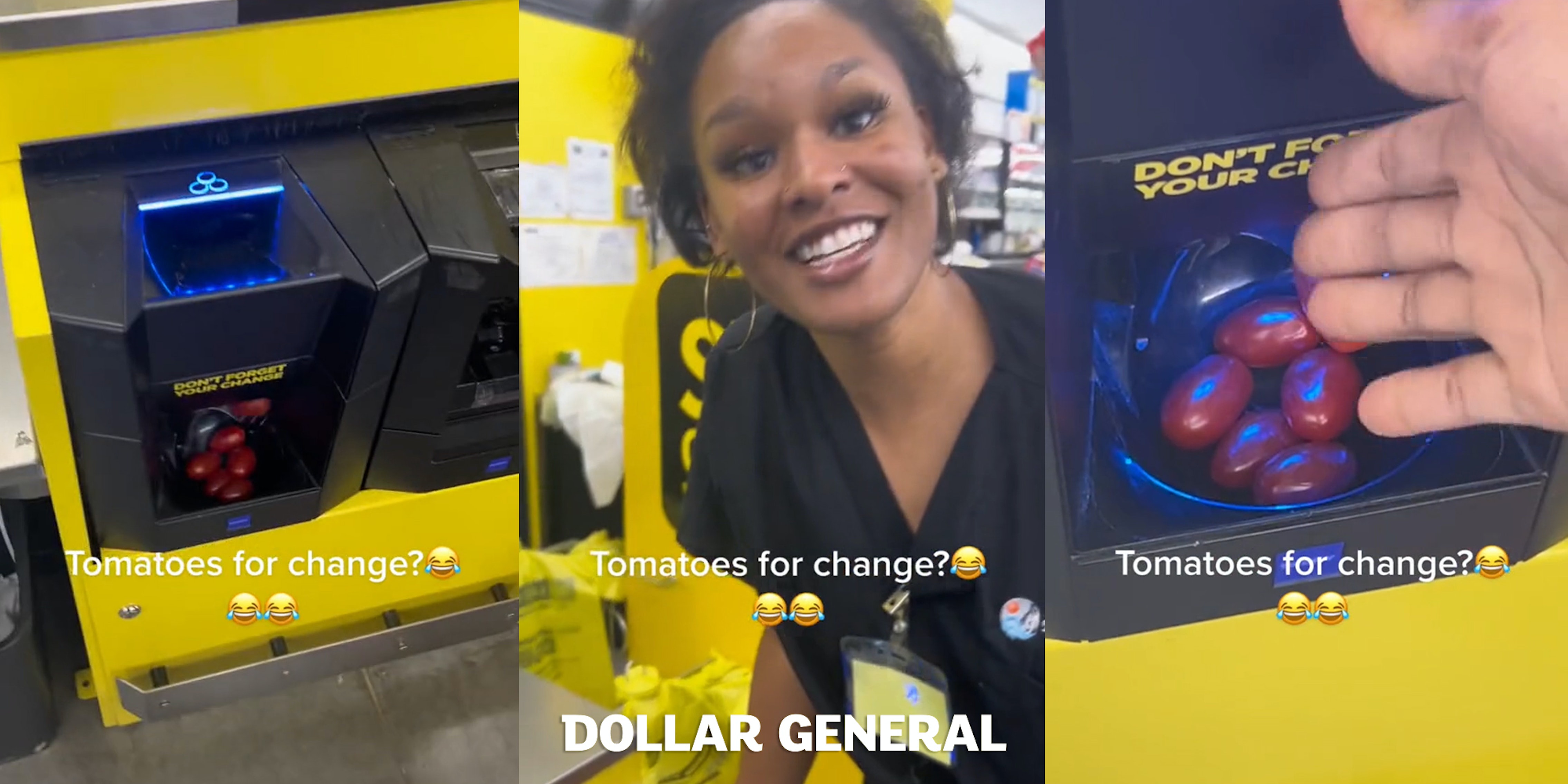 ‘The currency of the future’: Dollar General self-checkout dispenses tomatoes instead of coins

'Do they even sell cherry tomatoes at Dollar General??'

A Dollar General customer said that one of the store’s self-checkouts began dispensing tomatoes rather than coins as change.

TikTok user Ashlie (@ashlie_mgbaileesmom) shared with viewers on Wednesday a snippet of what happened at the store. As of Thursday morning, her video has over 702,000 views.

The roughly 30-second video began after Ashlie had already paid for her items. Instead of giving her coins in return, however, the self-checkout automatically began spitting out cherry tomatoes.

“Why would they give you tomatoes for change, for real?” an unnamed patron in the video questioned. “You cannot literally make this up.” Shortly after the comment, the self-checkout machine dispensed more tomatoes.

The Daily Dot has reached out to Ashlie via TikTok comment and Dollar General via email. As of publication, it was unclear what led to the mix-up or how the chain rectified the issue. Ashlie clarified in one of the comments, however, that an employee shut down the entire self-checkout shortly after the incident.

That said, viewers and Ashlie were equally as confused as to why tomatoes were in the machine to begin with.

The top comment on the video, with over 8,400 likes, read: “Do they even sell cherry tomatoes at Dollar General??”

“If I was psychotic, this would def make me believe the simulation was broken,” a second viewer said.

“Tomatoes are the currency of the future,” read a third comment.