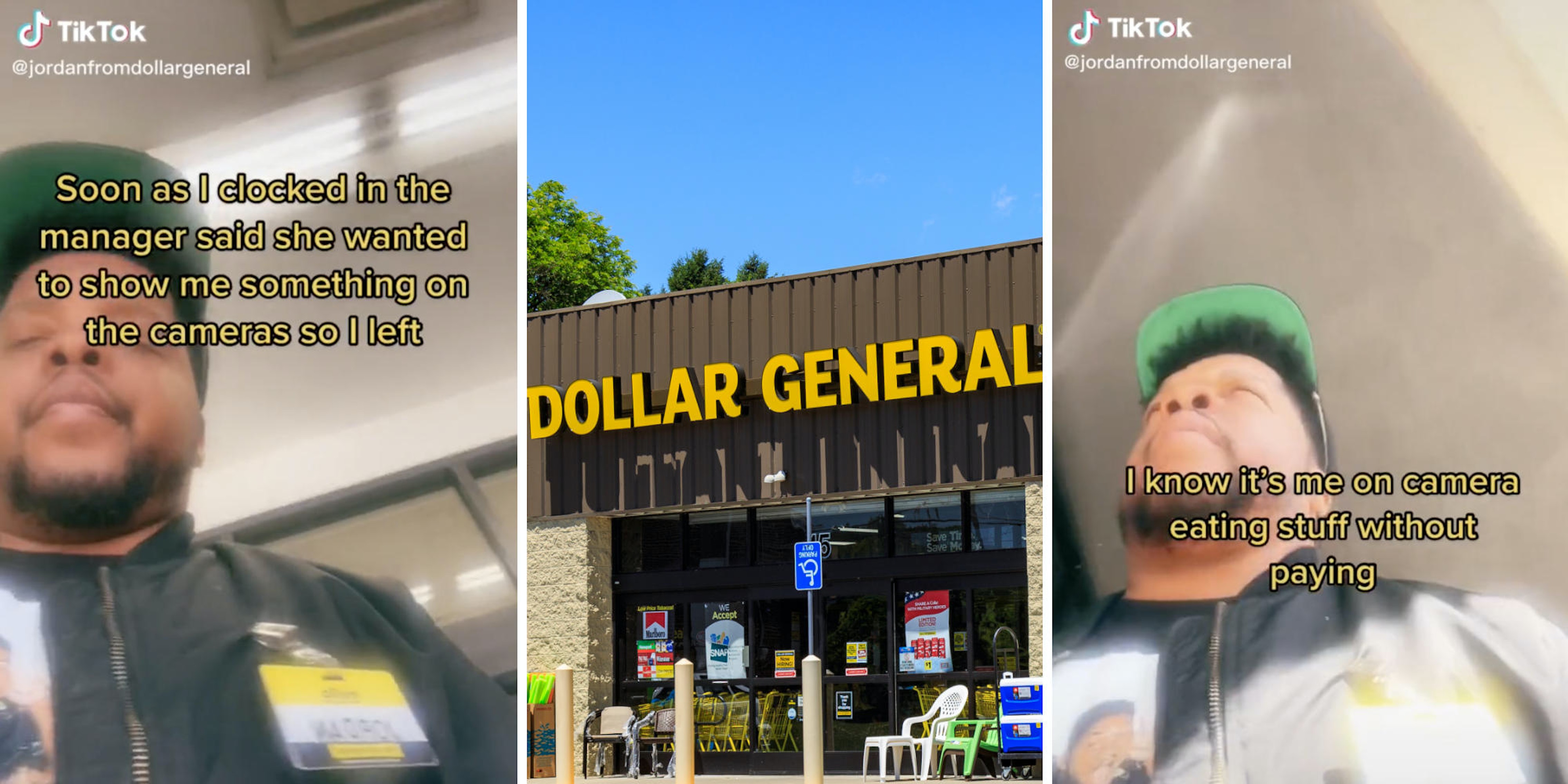 ‘It’s me on camera eating stuff without paying’: Dollar General worker leaves when manager said she wanted to show him something, sparking debate

'Employees should get at least one free meal a shift.'

Update April 22, 6:19pm CT: The video has been deleted. Jordan tells the Daily Dot that he never stole anything and made the video as a joke.

A TikToker and alleged Dollar General employee has sparked debate on the platform after posting a video claiming they were about to be reprimanded at work for eating food items without paying.

The video, posted by user Jordan (@jordanfromdollargeneral), shows him exiting the store while wearing his Dollar General nametag.

“Soon as I clocked in the manager said she wanted to show me something on the cameras so I left,” writes Jordan in the text overlaying the video. “I know it’s me on camera eating stuff without paying.”

In comments, users shared their thoughts on taking food from the workplace without paying.

“[I don’t] know why jobs think we care,” wrote one user. “Imma eat something.”

“Employees should get at least one free meal a shift,” added another.

More TikTokers chimed in to tell their stories about getting free eats on the job—legally or otherwise.

“As a former meat guy I use[d] to eat the lunchables and hide,” commented a user.

“Wendy’s for me and I didn’t care,” said another. “I would eat whatever I wanted whenever I wanted.”

“When electronics are returned to Walmart the employees take them and write it up as a loss,” claimed a further commenter. “Eat your bag of chips it’s ok.”

“When I worked at McDonald’s I stole so much mfing food,” stated a fourth. “Had to be in the thousands of dollars.”

For Jordan, his future at Dollar General is unclear. He wrote in comments that he was going to attempt to return the following day, but also that he was seeking work elsewhere.

According to Jordan, Dollar General was an unsatisfactory workplace.

“Ive heard for yrs [Dollar General] treats their employees like 💩,” wrote a commenter. “No wonder they always only have 1-2 people employed at every store.”

Dollar General did not immediately respond to Daily Dot’s request for comment via email.