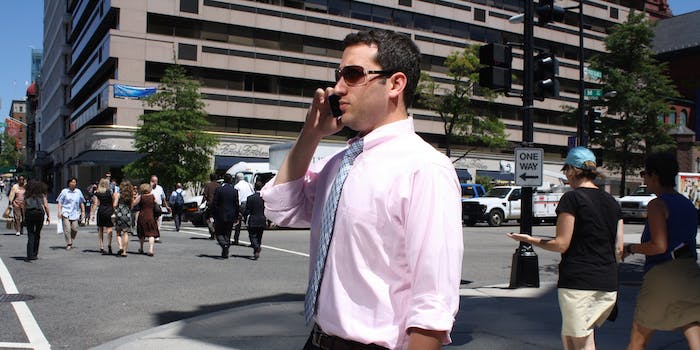 The policies do not effect state and local police using the device.

The U.S. Department of Justice says it will now require federal law-enforcement agencies to acquire a warrant for the use of cell-site simulator devices, commonly known as “stingrays.”

“With the issuance of this policy, the Department of Justice reaffirms its commitment to hold itself to the highest standards as it performs its critical work to protect public safety,” Deputy Attorney General Sally Yates said in a statement on Thursday.

“I have serious questions about the exceptions to the warrant requirement that are set forth in this new policy.”

Stingrays are suitcase-size devices that enable law enforcement to track a suspect’s cellphone and work by imitating a cell phone tower. The device, sometimes called an ISMI catcher, is controversial, not only because the government has been reluctant to reveal its use in the past, but because it scoops up vast amounts of information in the process, including the phone metadata of innocent bystanders.

The new policy requires federal agents to obtain a search warrant supported by probable cause before using a stingray, but not in every case. Exigent circumstances may include, according to the DOJ new rules, the need to protect human life, the imminent destruction of evidence, or the pursuit of a fleeing felon.

So does the Marshals Service get carte blanche on stingrays under the new #DOJ rules? pic.twitter.com/zSFyZTmXOw

“The Department of Justice’s new policies are finally starting to catch up with the rapid advancement of this tracking technology,” Sen. Patrick Leahy (D-Vt.), chairman of the Senate Judiciary Committee, said in a statement. “Today’s announcement is a welcome step forward, and has the potential to bring transparency and consistency to the Department’s use of these tracking devices.”

“However, I have serious questions about the exceptions to the warrant requirement that are set forth in this new policy, and I will press the Department to justify them,” Leahy added.

While reportedly searching for fugitives, the devices used by the Marshals would briefly identify  large numbers of cellphones belonging to citizens unrelated to the search. The devices also have the potential to cause serious disruptions to a city’s wireless communications.

The new DOJ policy does not place any new restrictions on state and local law enforcement that borrow cell-site simulators from federal agencies or pay for them with money from federal grants.

“[T]his policy does not adequately address all concerns,” Nathan Freed Wessler, a staff attorney at the American Civil Liberities Union, said in a statement on Thursday. “Disturbingly, the policy does not apply to other federal agencies or the many state and local police departments that have received federal funds to purchase these devices.”

A USA Today investigation this year uncovered as many as 56 police departments actively using the device. It has been revealed that, due to a nondisclosure agreement with the Federal Bureau of Investigation, police frequently conceal the fact that they use stingrays to track a suspect, in some cases misleading prosecutors and judges.

In Baltimore, public defenders this week said they are preparing to challenge nearly 2,000 criminal cases in which police failed to disclose the use of the cellphone-tracking device while hunting suspects of routine crimes.

A privacy activist filing public records requests on the device was reportedly denied information in late August by the Indiana State Police. The agency cited a possible risk of “agricultural terrorism.”

The ACLU on Thursday called on the DOJ to close the remaining “loopholes,” which allow authorities to use the devices without first obtaining a warrant, and for Congress to pass comprehensive legislation “to ensure that Americans’ privacy is protected from these devices and other location-tracking technologies.”