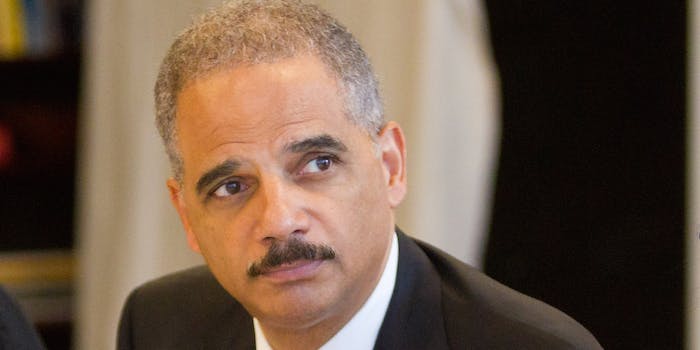 The Ferguson PD needs to rethink its tactics.

The Department of Justice will likely sue the police department of Ferguson, Mo., over “a pattern of racially discriminatory tactics used by officers,” according to multiple sources who spoke with CNN, unless the department makes significant changes soon.

The Justice Department will soon announce the results of its investigation into the death of 18-year-old Michael Brown, who was shot and killed by police officer Darren Wilson last summer. Brown’s death sparked protests around the country for months.

The results of the investigation will push for the Ferguson police department to “review and revise” tactics that the Department of Justice found as discriminatory, CNN reports.

The DOJ has met repeatedly with a local nonprofit, Arch City Defenders, which recently sued the city of Ferguson and nearby Jennings for allegedly, as Politico put it, “running what amounted to modern-day debtors’ prisons.”

“I think everybody will see when we announce our results that the process that we have engaged in is, as I said back at the time when I went to Ferguson, independent, thorough and based on all the facts,” Attorney General Eric Holder said earlier this week. “And I am confident that people will be satisfied with the results that will be announced.”