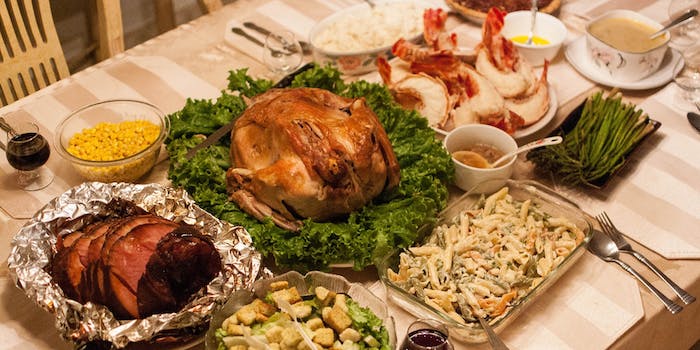 The best photos of dogs begging for Thanksgiving scraps

You say no to that face.

Dogs may not use calendars, but they know all about Thanksgiving. When else, in the course of a year, does that unique mélange of culinary scents—prime among them the mouth-wateringly savory smell of a properly basted turkey—fill the air?

Yes, for many Americans, the holiday is incomplete without a few searching, soulful, puppy-dog looks from a furry face wedged between their thighs beneath the dining room table. Below are a few of the best (i.e., most shameless) canine begging displays that social media had to offer. If nothing else, we ought to applaud these mutts’ patience and determination.

It just wouldn’t be Thanksgiving without my cousin’s dog, Maximus, begging at the table. ;-) pic.twitter.com/L4KXQojdum

Begging at her first thanksgiving dinner with us 🐾 pic.twitter.com/V1S496ZdfQ

Happy thanksgiving from the sweetest little baby in the world. Begging for a cinnamon rollup. pic.twitter.com/GJGF3aeFyJ

It’s not thanksgiving unless this one is begging. pic.twitter.com/2zJbAdsK0i

Wouldn’t be a complete thanksgiving dinner without her begging in my lap the entire time pic.twitter.com/IMMud0YsLq

As a bonus entry, here’s a photo of my parents’ majestic golden retriever, Harper, gazing longingly at our carved-up bird. (Full disclosure: I definitely snuck her some pieces of meat when nobody was looking. Thanksgiving is about generosity, let’s not forget.) 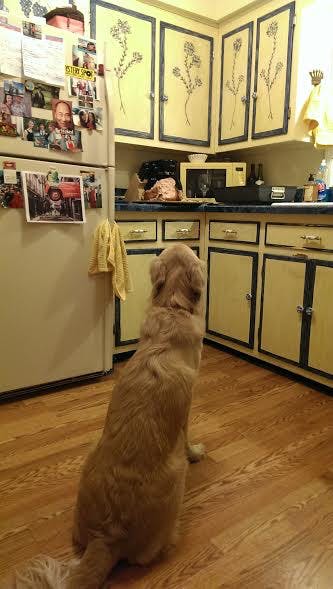