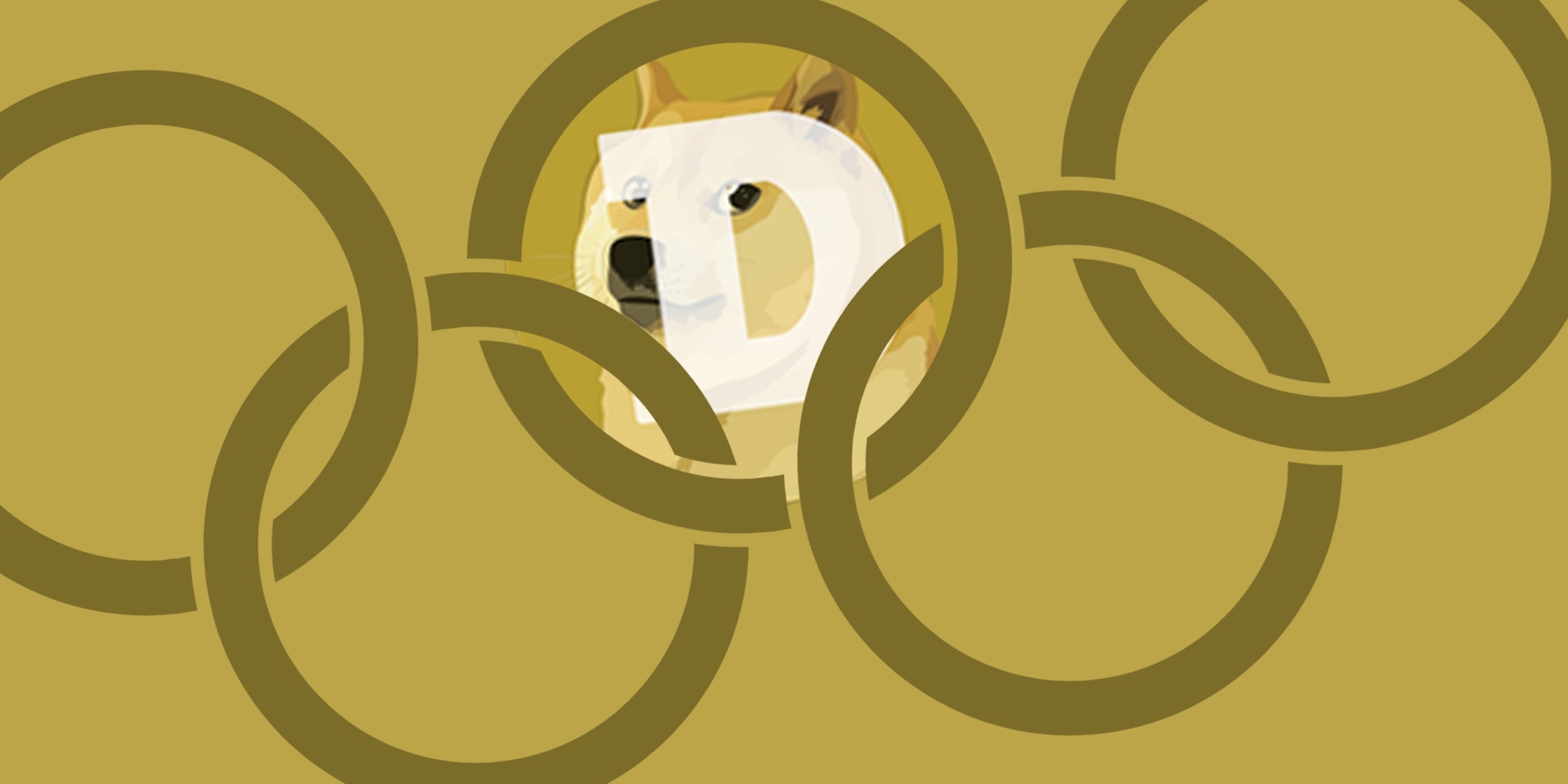 Dogecoin fundraiser is helping send this Indian Olympian to Sochi

For the second time in the past two weeks, the Dogecoin Foundation and Reddit’s r/dogecoin community, home to all things related to the meme-themed cryptocurrency, has helped raised more than $6,000 to make Keshavan’s Olympic dreams come true.

That money was raised in just three hours from more than 350 donors, including one mystery donor who swooped in with a massive 3,000,000 Dogecoin donation—which, according to the exchange rate at 2am EST, is $4,500.

Dogecoin pretty much works the same way as leading cryptocurrency Bitcoin, though it’s only worth a fraction as much. It’s based on doge, a meme featuring a perplexed Shiba Inu pup and Comic Sans text. This mix of technology and LOL has resulted in communities like Reddit and 4chan gifting millions of dogecoins to each other for fun.

Keshavan is part of a poor and disgraced Indian Winter Olympics team that was suspended by the International Olympic Committee (IOC) last year “for violations of its charter, including electing leaders with pending criminal charges,” the Washington Post reported Wednesday.

“That means the country’s three Olympic contenders—Keshavan and two skiers—can compete in Sochi as independent athletes, but they can’t carry the Indian flag or wear their country’s insignia,” the Post added. “Their national anthem will not be played during medal ceremonies.”

Read more:
How one trader controls the price of Dogecoin
Why Bitcoin needs Dogecoin

It will be the first time in history the Indian contingent will not be carrying its national flag at the Olympic games.

The Post’s story inspired r/dogecoin to embrace Keshavan like they did on Jan. 20 with the Jamaican bobsled team: Dogecoin enthusiasts committed nearly $30,000 to help the historic Olympic underdogs compete in Sochi, Russia.

One redditor has been in touch with Keshavan’s wife, Namita, who shared more details on his training.

“There are no facilities or infrastructure in India, which forces him to train abroad, something like the Jamaican team,” Namita said. “It was two months prior to the 2010 Olympic Games and now for the 2014 Games that the [government] offered support, nothing in the middle. Also, please note that they were part sanctions, which means they only gave him 5-10% of the total amount actually required by him. I write all this for your information, so that it is clear who and why you all are supporting the Indian athletes.”

News of the successful campaign has Reddit buzzing about getting Keshavan a r/dogecoin flag to carry at the games and (jokingly) renaming this year’s competition to the Shibe Olympics.

“This is exactly the right thing to be doing,” redditor poopinmyhand commented. “While I like helping the dentists office and animal shelters, things like this are small investment, HUGE reward impact. There are lots of worthy charitable enterprises out there, we need to keep going with these that will garner large ongoing publicity.”

Update: Ben ?oernberg of the Dogecoin Foundation also added that the group is working to fund two other Indian athletes, Himanshu Thakur and cross-country skier Nadeem Iqbal, who don’t yet have the funds for travel.