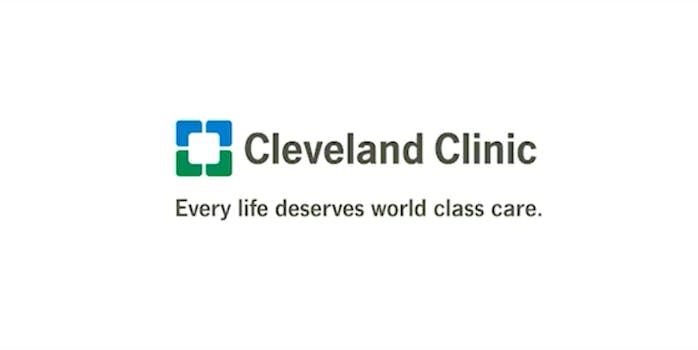 Years-old anti-Semitic tweets from a doctor in Cleveland, Ohio are resurfacing online, notably an upsetting tweet that she would purposefully give her Jewish patients the wrong medicine. The Cleveland Clinic said in a statement on Monday that Lara Kollab was a supervised resident at the clinic from July to September 2018 but is no longer with them.

“She is no longer working at Cleveland Clinic. In no way do these beliefs reflect those of our organization,” the statement says. “We fully embrace diversity, inclusion and a culture of safety and respect across our entire health system.”

“hahha ewww.. ill purposely give all the yahood [Jews] the wrong meds…” she reportedly wrote in a tweet in January 2012.

The Twitter account, under the handle @ellekay_, has since been deactivated, as have Kollab’s other social media profiles.

Kollab attended Touro College of Medicine in New York City, which issued a statement on its Twitter feed.

“Touro College is appalled by the anti-Semitic comments reportedly made by Lara Kollab, a graduate of the Touro College of Osteopathic Medicine. The mission of Touro College is to educate, perpetuate and enrich the historic Jewish tradition of tolerance and dignity,” the statement reads.

Touro College is appalled by the anti-Semitic comments reportedly made by Lara Kollab, a graduate of the Touro College of Osteopathic Medicine. The mission of Touro College is to educate, perpetuate and enrich the historic Jewish tradition of tolerance and dignity.

According to state records, her medical license is still active and will remain valid until 2021.

Evil Ohio Muslim doctor Lara Kollab : “I’ll purposely give Jews the wrong meds” Has anybody checked to see if she killed any of her patients…firing is not good enough. https://t.co/OxmbQOkyle

Her name literally means dog and both Arabic and Hebrew.

The worst part about Lara Kollab is she felt *comfortable* and *safe* making her "joke". We have a sick world right now. The barbarians are INSIDE the gates, welcomed by the western Left as allies in their fight against individual liberty. (civilization).https://t.co/NzwLylXsaH

The Daily Dot reached out to the Ohio Medical Board to ask whether any disciplinary action had been taken against Kollab, but did not receive a response by press time.

Updated 9:42am CT, Jan. 2: Spokesperson Tessie Pollock of the Ohio Medical Board told the Daily Dot,

It is the Mission of the State Medical Board of Ohio to protect the health and safety of all Ohioans. Malicious acts and attitudes toward any population go against the Medical Practices Act and are denounced by the board.”