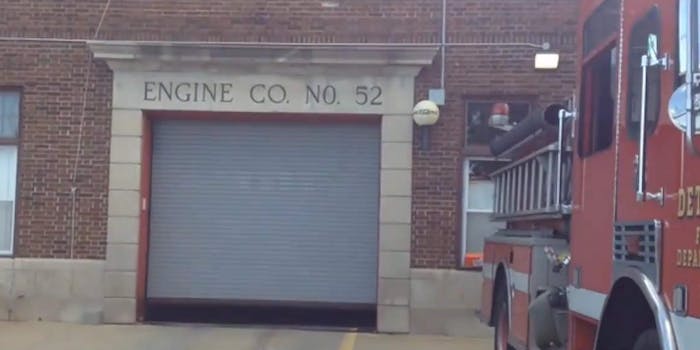 The city of Detroit might be the most iconic American success story of the 20th century and the most prominent failure of the 21st.

Firefighters in Detroit are apparently so strapped for cash that they don’t have proper emergency alert systems in fire houses. Instead, they put together makeshift systems relying on things like soda cans and coins to tell firefighters to suit up.

“It sounds unbelievable, but it’s truly what the guys have been doing and dealing with for a long, long time,” Detroit Deputy Fire Commissioner John Berlin told the Detroit Free Press. “We’re in desperate need. We’re probably 30 years behind.”

It’s a smart solution from the firefighters but comes with plenty of problems. For instance, what happens if someone misses the slight one-second alert?