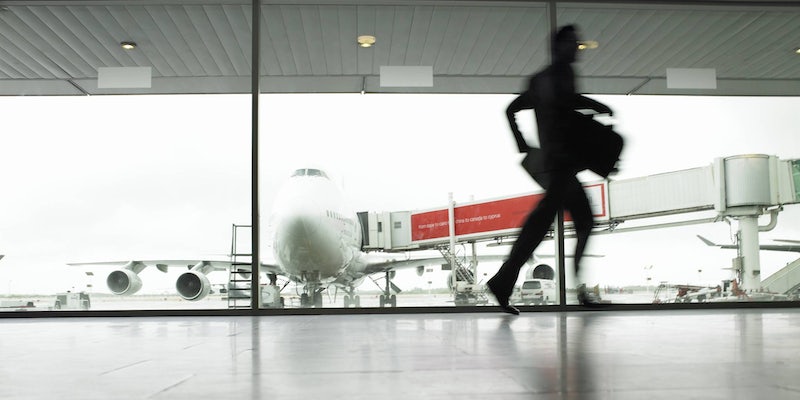 One of the most prominent voices in the Black Lives Matter movement, Deray McKesson, tweeted this morning that he was stopped by a TSA agent at Midway airport for “moving too fast.” The TSA agent allegedly threatened to call the police.

.@TSA, I'm at @fly2midway & one of your agents just stopped me b/c he thought I was moving to fast & said he'd call @Chicago_Police.

.@TSA, the agent was A. Zambrano. I told him that he can call who he needs to call. He then called his supervisor. I missed the flight.

.@TSA, the supervisor, R. Wondrasek, was as helpful as she could be. But do your agents threaten folks w/ calling the police regularly?

.@TSA, & the agent was at the "random" check-point. But he stopped me b/c he had the power to do so. There was nothing random about it.

.@TSA, I'm filing a formal complaint in a minute. But y'all need to address A. Zambrano at the @SouthwestAir @fly2midway checkpoint.

Many are saying that the only reason “moving too fast” was suspicious is because McKesson is black. Because, seriously, it’s an airport and people are running to catch their flights all the time.

so moving fast through an airport while black is an issue now? WTF??? Sorry about your flight.

.@deray @TSA @fly2midway @Chicago_Police 'Moving too fast'? Aren't >1/3 of all passengers rushing thru the airport at any given moment? smh

The Daily Dot has reached out to McKesson about the incident and will update if and when he responds.