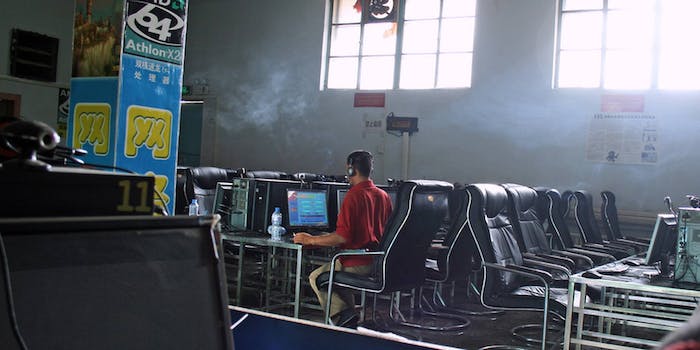 Give this woman the Mother of the Year award.

File this under “Today in ‘Not the Onion‘: Multiple reports are circulating that a woman in China delivered a baby on the floor of an Internet cafe, only to pick herself up and return to her computer game, leaving the newborn baby behind.

The 24-year-old woman from China’s Shandong province had reportedly run away from home following an argument with her family. She ended up hiding out in an Internet cafe in Nanchang, the capital city of China’s Jiangxi province. She was playing a video game to pass the time before her boyfriend showed up, but nature called, and she went into labor in the middle of the cafe.

The Mirror reports that other cafe visitors offered the woman water so she could clean herself and her baby, but she simply returned to her game. That’s when the patrons called an ambulance and covered the baby with some cloth. Local reports say the woman refused a stretcher, instead walking (!) to an ambulance, and she’s now in the hospital with her baby.