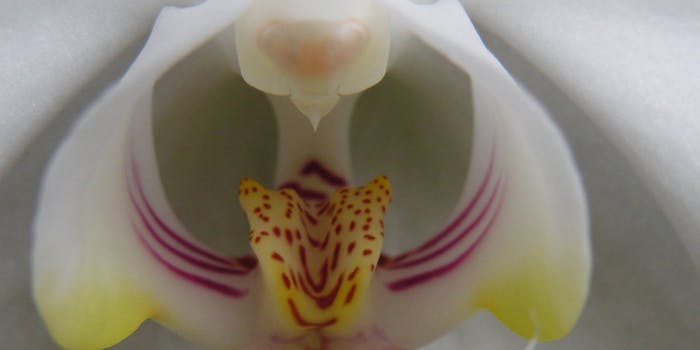 4 common myths about the vagina, debunked

From yeast infections to UTIs, we've got your covered.

Surfing the web as a woman with a health question can be a perilous experience. Anything from a rash, an itch, a funky smell, or weird-looking discharge can trigger a mix of fear and embarrassment to feeling downright gross. And those feelings may lead some women to consult the Internet to fix their woes before—or instead of—making an appointment with the doctor. When it comes to our vaginas, there’s some advice that that is not only bizarre, but could make things worse.

Let’s take a look at four common myths about caring for your ladybusiness and get a take on what you should really do.

We teach youngsters to use condoms during sex, but are less attentive about teaching young women why they should pee afterward, too. For this reason, the dreaded urinary tract infection (UTI) is a rite of passage for many women.

Ladies, here’s why you should hit the loo post-coitus: The bacteria that found its way into your urethra during sex can set up shop in your bladder if you aren’t careful to flush it out by peeing. The result is a painful burning sensation during urination—which you suddenly have to do every 15 minutes.

Anyone who has had a UTI can tell you the need for relief is immediate. If they happen at an inconvenient time, like over the weekend, getting medical attention can be difficult if not impossible without a trip to the emergency room.

The old wive’s tale that cranberry juice will cure a UTI is ubiquitous. Go to literally any thread on a women’s health message board about UTIs and someone will claim they cured all their UTIs with cranberry supplements or sugarless cranberry juice. They’re wrong—their immune system probably cleared on its own— but like all good myths, this one has a kernel of truth to it.

“There is a component in cranberries that will actually stick to the urethra and block invading bacteria,” Tami Rowen, an OB-GYN at the University of California, San Francisco, told the Daily Dot. Therefore, cranberries can possibly help prevent a UTI, Rowen continued, adding that they can be especially beneficial to women who are prone to getting them. However, cranberries won’t cure an established infection, she said.

See, the problem is the cranberry merely stops the bacteria from moving, but it doesn’t kill them, according to Inside Science. Yet drinking cranberry juice often brings relief, so what gives? It might simply be that drinking more fluids—any low-sugar, non-alcoholic fluids at all—provides relief from the symptoms of a UTI. In other words, you could get the same benefits by drinking a lot of water.

One more thing: If you do need to get antibiotics to fight a UTI, be sure to take the whole course even if you feel better. Skipping antibiotics can result drug-resistant bugs which will not only make your UTI that much more of a pain, it also makes it more dangerous.

Perhaps a close second to the discomfort of a UTI is that of a yeast infection. Yeast infections share symptoms with many other vaginal infections, so it’s recommended that women see a doctor for a proper diagnosis. Yeast infections are more itchy than painful and feature funky-smelling thick, white discharge. There’s something about yeast infections that make you feel so icky, you’ll want to do whatever you can to fix it as soon as humanly possible!

Just like UTIs, yeast infections can be a recurring problem for some women, which Rowen attributed to having a naturally low-acidity vagina. Yeast live in the vagina and are part of its natural microbiome, but they can grow out of control when something changes in its environment. Normally, the vagina is fairly acidic, which keeps yeast in check, Rowen explained. Yeast also have a natural predator: the “friendly” bacteria acidophilus. Sometimes antibiotics, like the ones you take to cure UTIs, can eliminate these friendly bugs and allow yeast to grow wild. Voila, a yeast infection

If you’ve had a yeast infection and treated it with an over-the-counter anti-fungal, you know the cure is pretty much worse than the disease: The suppository cream inserted inside the vagina just adds to the overall feeling of grossness (not to mention, it is cold). Naturally, women look on the Internet for other yeast infection treatments.

The thinking for many women goes that if acidophilus is the natural predator of yeast, then you just need to introduce more acidophilus into the vagina. They accomplish this by putting acidophilus-rich sugarless yogurt up there that they froze in a clean tampon applicator.

Rowen didn’t think that the yogurt-inside-a-tampon trick would harm the vagina—so long as you use plain yogurt with no coloring, flavoring, sugar, or artificial sweetener added. On the other hand, it may not actually get rid of your yeast infection. “I don’t think it would cure anything, just soothe inflamed tissue,” she said.

Just like cranberries, acidophilus can have a prophylactic benefit, Rowen continued. Eating a lot of acidophilus—through sugar-free yogurt or OTC probiotics—may keep the yeasties at bay.

Seriously. Do not douche.

Another common home remedy for yeast infections is to douche with vinegar or boric acid. Rowen said she doesn’t think vinegar is is bad for the vagina, per se, but douching with anything is terrible. Douching can change the pH of your vagina and lead to a yeast infection. It can also dry you out making it easier for other infections like chlamydia to get in. “You should never douche—it’s never recommended. The vagina is self-cleansing. There’s no reason to put anything in it,” explained Rowen.

Some women, sadly, grow up believing that their vaginas are “gross” and need to be cleaned. The reality, though, is that the vagina cleans itself by expelling discharge, which should be clear or white and not overly smelly.

Of course, every woman is different, including their amount of discharge, its color, and its smell. If something coming out of your vagina is different from usual, visit your doctor.

Myth: Having pubic hair is “cleaner” than going bare.

While you don’t want to put any sort of soap inside your vagina, using a little bit of unscented, mild soap on the exterior lady bits (vulva) is fine, Rowen said.

You may have also heard that pubic hair is actually cleaner than being hairless, turning the term “clean shaven” on its ear.

The thinking is that pubic hair not only provides a physical barrier between you and unfriendly bugs, but also that shaving it opens you up to infection by irritating the skin, according to The Guardian. Rowen, who has researched pubic grooming habits in women, noted an infection called mollescum contagiosum that is passed more easily in the absence of pubic hair (thankfully it’s harmless.)

However, pubic hair can be quite a nice home for bacteria as well, according to Rowen. Right now there’s no strong evidence for or against pubic hair. It’s merely up to the owner of the pubic hair to decide whether to remove some or all of it—or to go au naturale.

No matter what your vagina question, just talk to your doctor.

Really, ladies, you shouldn’t be consulting the Internet for medical advice. Even if you read an article written by a doctor, that doctor is probably not your doctor. Your doctor knows your needs better than anyone and he or she is there to answer all your questions and concerns, no matter how embarrassing they may seem.

Moreover, there’s nothing embarrassing about infections, weird smells, or funny discharge. Getting informed about your health is nothing to be ashamed of—and the sooner you get your problem treated by a medical professional, the sooner it will go away.