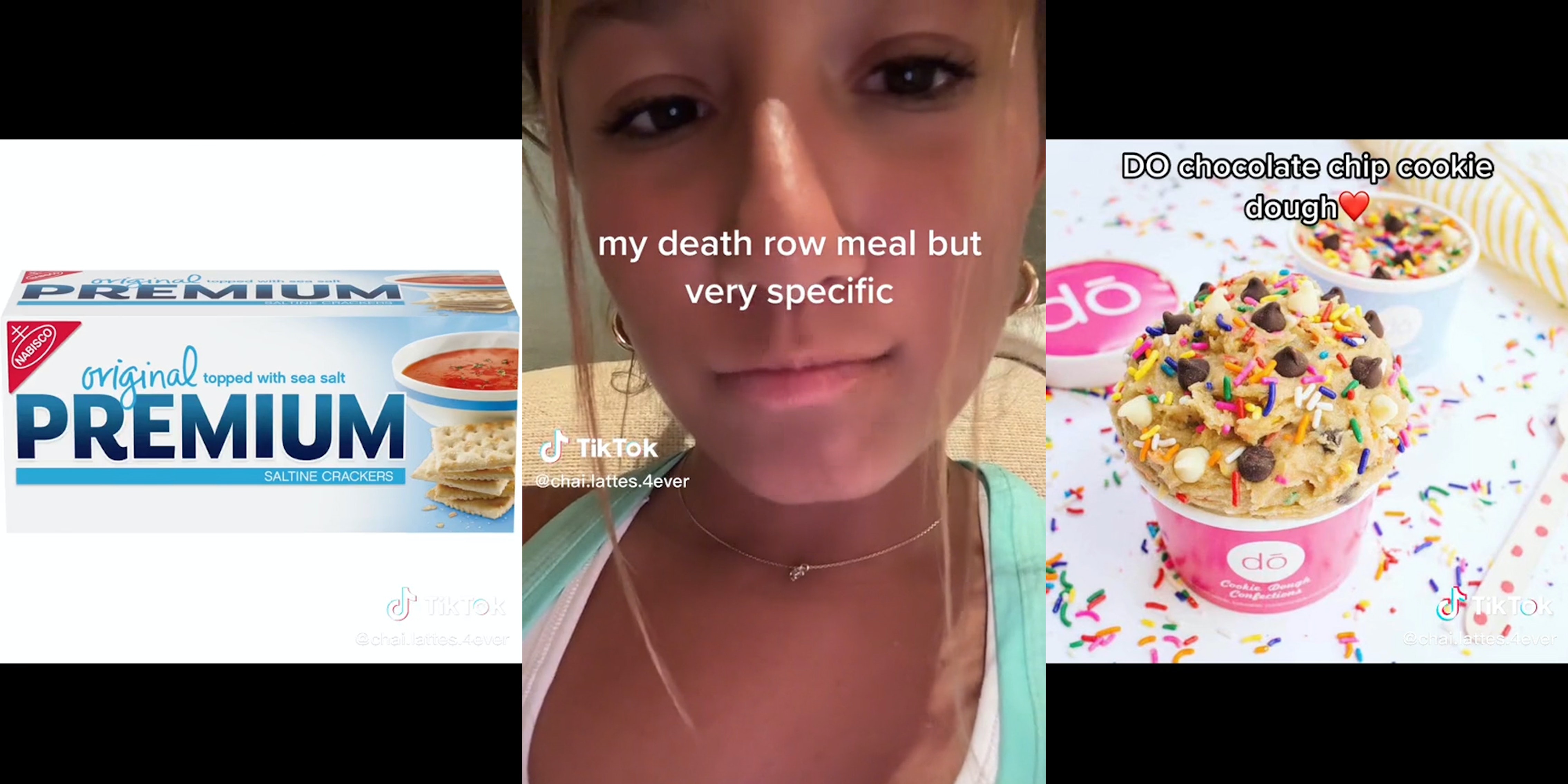 Creators have called for changing the phrasing of the trend.

Bhad Bhabie and Lil Yachty’s 2018 song “Gucci Flip Flops” has been used in many TikTok videos corresponding to a multitude of trends on the app, but in the past week or so, people have started to use the song to describe their “death row meal,” or what they’d request authorities serve them shortly before being executed by the state.

The “death row meal,” or “last meal,” is a real practice in American prisons. The final meals of various high-profile serial killers are even documented: Some take advantage of the opportunity to dine on their favorite foods, while others have made statements by refusing the meal or asking for a “single olive.”

TikTokers are documenting what they’d want to be their last meals as well—but, of course, they aren’t on death row. Thus many have found the trend to be insensitive and tone deaf.

A “specific” example of the trend is a TikTok from @chai.lattes.4ever: She says that she would want diet coke served with an “empty plastic cup with ice in it,” alongside chicken pad thai, saltines, and DŌ chocolate chip cookie dough. Most of the comments on the video discuss her choices, while one asks if the TikToker plans to be on death row and eat this meal.

She probably doesn’t, but other TikTokers have even said “goodbye” after listing their meal choices, seeming to allude to the obvious implication of a “death row meal.”

TikToker @ngozimusa, however, says she “won’t be participating” in the trend because “there is a direct correlation between race and capital punishment in the United States.”

“People of color have accounted for a disproportionate 43 percent of executions since 1976,” @ngozimusa says in her video, citing statistics provided by the ACLU. “And the large majority of people doing this trend are not people of color.”

Other creators have called for changing the phrasing of the trend, and offered examples like “my last meal.”

“You don’t have to be ‘on death row,’” TikToker @juliaalexander4 said of people participating in the trend. “And you could probably never imagine being on death row.” She also provides suggestions of resources surrounding the death penalty in her video.

Unfortunately, content surrounding capital punishment does well on TikTok: videos about the “strangest” death row meal requests and TikTokers eating serial killer’s final meals have approximately a million likes. So, it’s unlikely the trend will go out of style any time soon.