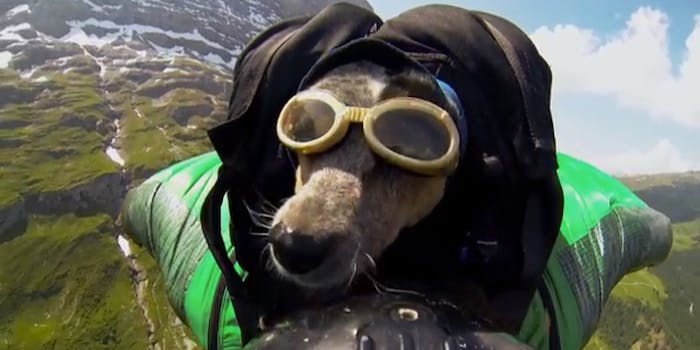 Meet Whisper, the dog who loves to BASE jump

This dog is all BASE, no bark.

BASE jumping is so hot right now, but the sport isn’t just for human adrenaline junkies. Your dog might have a need for speed as well.

Professional jumper and rock climber Dean Potter recently wingsuit BASE jumped with his dog, Whisper. It’s not clear whether Whisper demanded to go jumping off cliffs with Potter, but they’ve been chasing the wind together for years. Whisper, a cattle dog, is also Potter’s service animal; he has partial hearing loss, and she helps alert him to noises.

Essentially, they’re inseparable. He even made a documentary, When Dogs Fly, about taking the necessary steps to safely jump with Whisper, which will be released soon.

If you watch until the end, she apparently gets really excited about it.