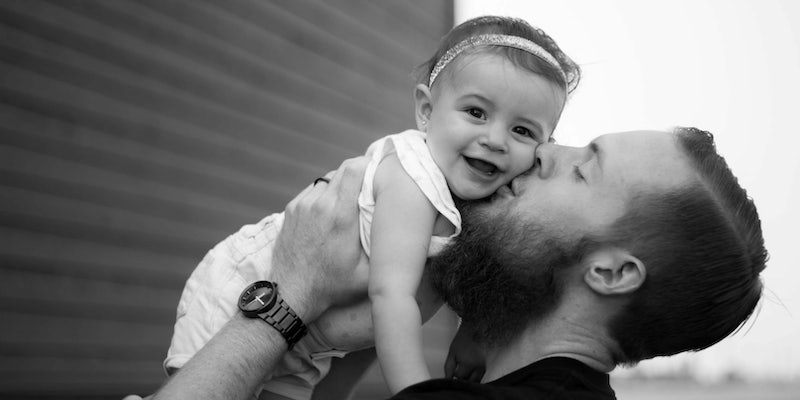 It's called the 'daughter effect,' and it's working elsewhere, too.

A new study from Harvard University found that when men have daughters, they’re less sexist. Dubbed the “daughter effect,” men with daughters were more likely to hire women.

The study, published online by the National Bureau of Economics, specifically looked at startup companies backed by venture capitalists as well as venture capital firms, as far back as 1990. The researchers, Paul Gompers, a Harvard Business School professor, and Sophie Wang, a economics Ph.D. candidate, sent the firms a survey on the genders of children of their senior partners.

With 1,400 responses, Gompers and Wang found that male partners with daughters were 24 percent more likely to hire a woman investor. Additionally, the firms swayed by the “daughter effect” saw an increase of three percent in returns on their investments.

The effect can be seen across other professions, too: Members of congress with daughters tend to vote more liberal, CEOs with daughters are more socially conscious, and judges with daughters rule more favorably toward women’s issues, HuffPost points out.

Ultimately, it appears men having daughters is better for women, business, and society too.

But unfortunately, the theory also proves and reinforces the concept that men must be in union with or have a biological connection to a women in order to feel empathy toward other women. It’s a problem we encounter when survivors of assault or women who are subject disparaging remarks are stood up for and humanized with the phrase, “this person could be your mother, your wife, your daughter.” It’s well intentioned, but those sentiments imply the woman should be respected because of her relationship to a man—not simply because she’s a person who has feelings.

At least the “daughter effect” is a start to addressing gender disparity in the workplace, and beyond.