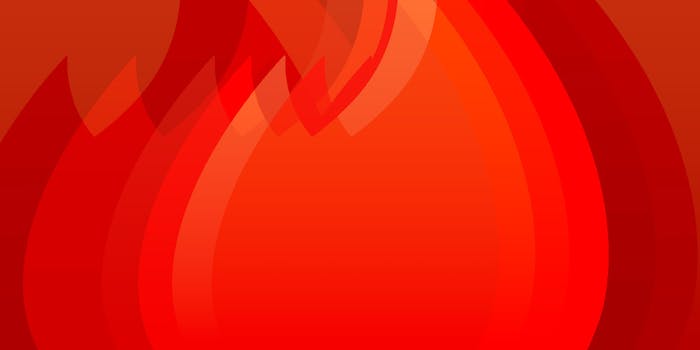 One educational group has gone balls-out with their message.

It’s always a good idea to protect yourself against STDs. But does that mean staying off extremely popular mobile dating apps?

A controversial new billboard in Los Angeles is raising alarm over the so-called “hookup” apps Tinder and Grindr, seemingly implicating them in the transmission of diseases.

The nonprofit Aids Healthcare Foundation (AHF) recently debuted a billboard, located conspicuously close to the Tinder headquarters on Beverly Boulevard, which suggests through its illustration that users of such apps are at a higher risk of contracting chlamydia and gonorrhea. The billboard directs people to FreeSTDcheck.org, a project of the AHF.

The jury is still out on whether online daters (or, rather, online hookup-ers) contract STDs from people they meet in the digital world. Nevertheless, the AHF is implying that the apps’ users are becoming too casual about sex.

“Mobile dating apps are rapidly altering the sexual landscape by making casual sex as easily available as ordering a pizza,” said the AHF’s Senior Director of Public Health Whitney Engeran-Cordova in a press release. “In many ways, location-based mobile dating apps are becoming a digital bathhouse for millennials wherein the next sexual encounter can literally just be a few feet away—as well as the next STD.”

Cordova warned users of these apps to be vigilant about maintaining their own health. He said:

“While these sexual encounters are often intentionally brief or even anonymous, sexually transmitted diseases can have lasting effects on an individual’s personal health and can certainly create epidemics in communities at large. We want to remind sexually active adults—especially young people—how easy it can be to contract an STD and the importance of undergoing regular screenings to protect their sexual health.”

The AHF isn’t the only group calling out online dating apps. In September, Tinder made headlines for firing out a barrage of tweets in response to a Vanity Fair article by Nancy Jo Sales that took the dating app to task for being all sex and no substance. The Vanity Fair piece illuminated a new app-enabled world of intercourse that requires little more than a Tinder profile and a text message.

Now AHF has picked up the torch, and Tinder has taken notice. According to AB7.com, the company sent a cease and desist letter to AHF, alleging:

“These unprovoked and wholly unsubstantiated accusations are made to irreparably damage Tinder’s reputation in an attempt to encourage others to take an HIV test offered by your organization.”

Other billboards created by FreeSTDCheck.org do not single out specific apps but are perhaps equally bombastic.