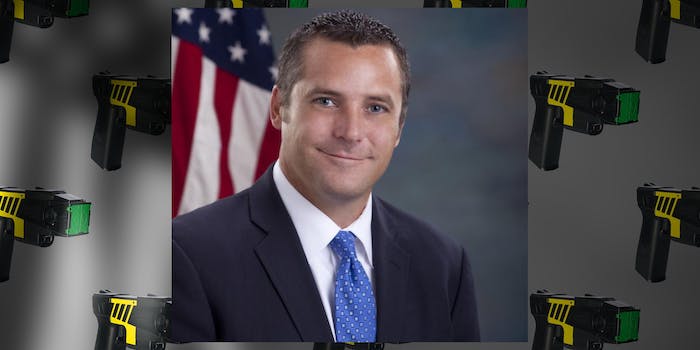 Could the tragedy have been avoided?

With a Missouri grand jury refusing to bring charges against the police officer who killed Michael Brown, previously unreleased files from the case have begun to trickle out—and some raise new questions about how this all could have been avoided.

Newly released testimony from Ferguson Police Officer Darren Wilson states that Wilson was not carrying a Taser, a device that could have provided him with a non-lethal option with which to neutralize the perceived threat of Brown, who was unarmed. 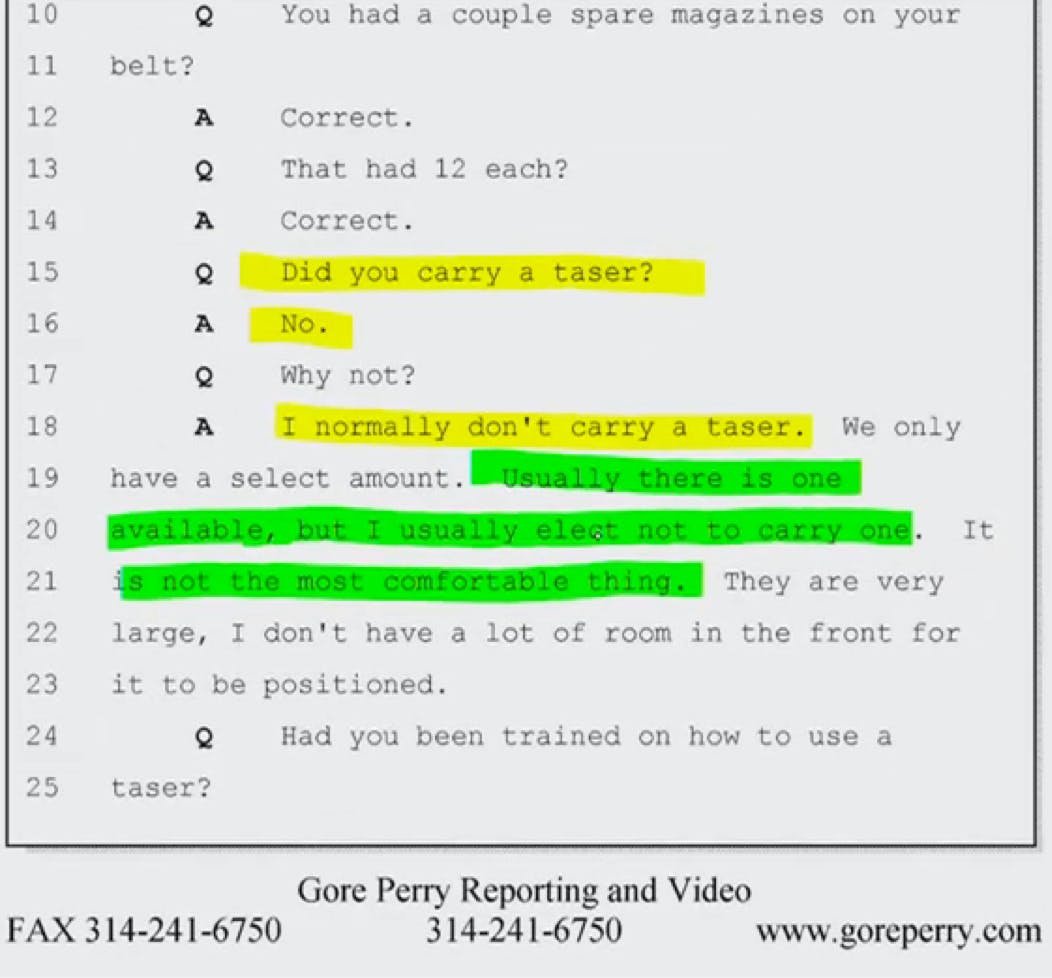 “It is not the most comfortable thing.”

The testimony suggests that while the Ferguson P.D. has access to a smorgasbord of sophisticated military-grade gear handed down via federal defense program 1033, its officers only have access to a limited stock of Tasers.

Wilson goes on to state that he could carry a Taser but chooses not to.

“It is not the most comfortable thing,” Wilson said. “They are very large, I don’t have a lot of room in the front for it to be positioned.”

If the grand jury had moved for indictment, the investigation’s files would not have been released to the public. Earlier Monday night, a CD data set of documents was released to some members of the press on the scene and the files are expected to be made available on a password-protected website. The existence of the disc actually tipped off some members of the media about the grand jury’s decision roughly 45 minutes before the official announcement was delivered.

The full trove of documents is available for download here.