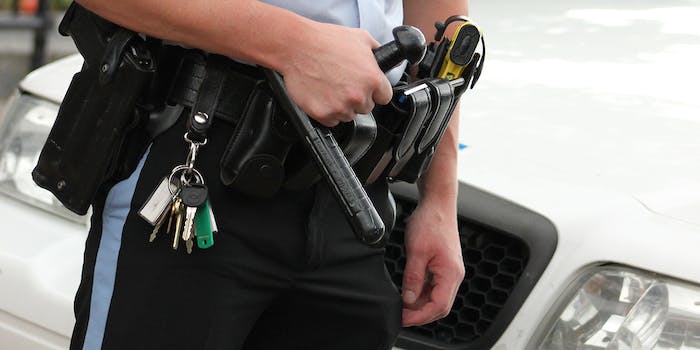 Ferguson police officer Darren Wilson may be about to resign

Wilson has been on paid administrative leave since August.

The Ferguson police officer who shot and killed an unarmed black teenager in August, speaking months of civil unrest, is reportedly on the verge of resigning.

A St. Louis grand jury is currently deliberating over whether to indict Darren Wilson for killing Michael Brown, with the decision expected soon. Even before their verdict is known, CNN is reporting that the officer is in negotiations to resign imminently, perhaps as early as today.

Wilson has been on paid administrative leave since Brown’s fatal shooting on Aug. 9, the precise details of which are disputed. In the months since, there have been bitter and at times violent protests, with Amnesty International alleging that the police committed human rights abuses. Even if the grand jury decides not to indict Wilson, his continued service with the Ferguson police Force seems untenable.

Wilson “maintains he has done nothing wrong,” reports CNN, but he is considering resigning to help diffuse community tensions and to assist his fellow officers. If the jury decides not to indict, then large-scale protests are once again expected, which would likely necessitate a police response.  Officials say they are prepared for such an eventuality.

“We’ve had three months to prepare,” said St. Louis Police Chief Sam Dotson. “Acts of violence will not be tolerated. Our intelligence is good. Our tactics are good. We can protect lawful people and at the same time arrest criminals.”

Previously, the police arrested journalists covering the protests in Ferguson and used tear gas on protesters, though Police Chief Jon Belmar maintains that non-lethal chemical weapons were only used on “criminals.”