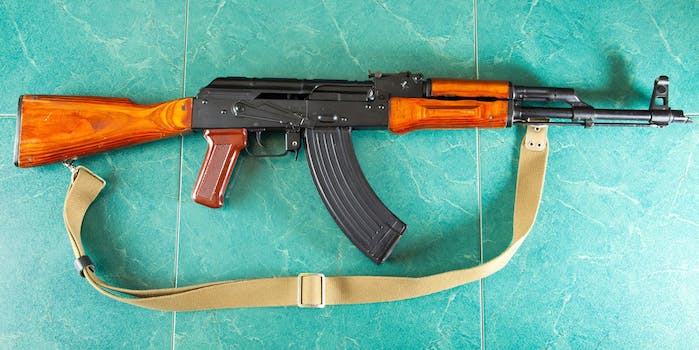 'He didn't seem weird in any way, just a normal guy,' the seller said.

Micah Johnson, 25, opened fire in downtown Dallas last Thursday shortly after 9pm as a Black Lives Matter demonstration was winding down. The protest capped off a week of nationwide outrage over the deaths of two black men at the hands of law enforcement. It is not immediately clear whether the assault rifle Johnson acquired via Facebook was used in the attack.

Federal investigators tracked down the man who reportedly sold Johnson the AK-47, since identified as Colton Crews. Crews told the New York Daily News on Tuesday that Johnson didn’t seem like a “nut job,” and the fact that he was former military made him the ideal customer. “He didn’t stand out as a crazy person at all,” Crews said. “He stood out as just another guy.”

“First off, it was my belief that he would have passed a background check.”

Under Texas law, Crews was not required to perform a background check before selling Johnson the weapon. Joined by Crews’s step-father, the men met up for the sale and exchanged small talk in the parking lot of a Target store. Johnson, a former soldier in the U.S. Army Reserves, expressed that he missed the firepower of the rifle since returning from Afghanistan, Crews said.

“First off, it was my belief that he would have passed a background check,” Crews said. “He didn’t seem weird in any way, just a normal guy.”

Facebook banned the private sale of guns, ammunition, and gun parts over its social network in January following pressure from the White House to restrict the sales, which were often conducted without a background check. The ban does not apply to licensed gun dealers.

Monika Bickert, Facebook’s head of product policy, said at the time: “Over the last two years, more and more people have been using Facebook to discover products and to buy and sell things to one another. We are continuing to develop, test, and launch new products to make this experience even better for people and are updating our regulated goods policies to reflect this evolution.”

Funerals have begun for the five deceased officers. Speaking in Dallas at a memorial service on Monday, President Barack Obama said he was present to “insist that we are not as divided as we seem.”

Obama added: “It’s as if the deepest fault lines of our democracy have suddenly been exposed, perhaps even widened. And although we know that such divisions are not new, though they have surely been worse in even the recent past, that offers us little comfort.”