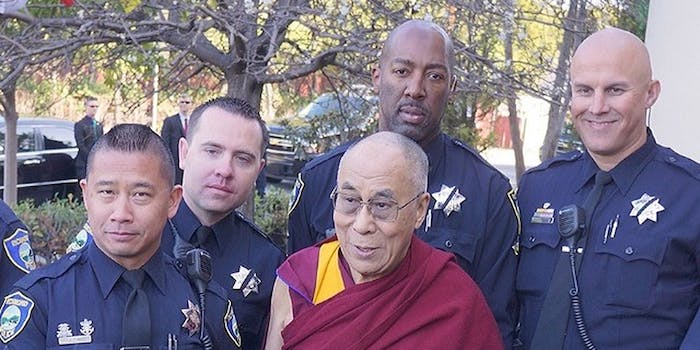 The Tibetan spiritual leader is the latest to join Instagram.

The Dalai Lama has joined Instagram, making it the Tibetan spiritual leader’s latest push to spread his social media outreach.

In just a few weeks, the Dalai Lama has posted 16 photos and already gained about 13,000 followers. So far, he’s done a lot of traveling and photographing with famous political and media figures.

He’s even already got a handle on Instagram’s blur feature.

The Dalai Lama has embraced the rise of social media—he started a Twitter account in 2010, two years before Pope Benedict XVI ever tweeted. But, he acknowledges that using social networks can come with benefits and drawbacks.

“It depends on how you use them,” he recently told Time. “If the person, himself or herself, has a certain inner strength, a certain confidence, then it is no problem. But if an individual’s mind is weak, then there is more confusion. You can’t blame technology. It depends on the user of the technology.”