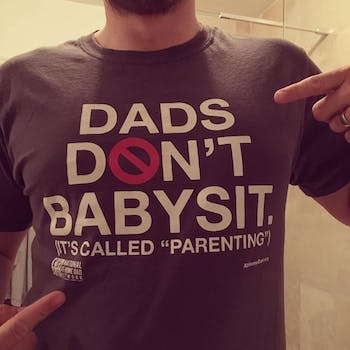 Dad goes viral for declaring he’s not a babysitter

When dad of three Al Ferguson posted a picture of himself in a T-shirt that declared, “Dads Don’t Babysit (It’s Called ‘Parenting’),” he had no idea the image would go viral. 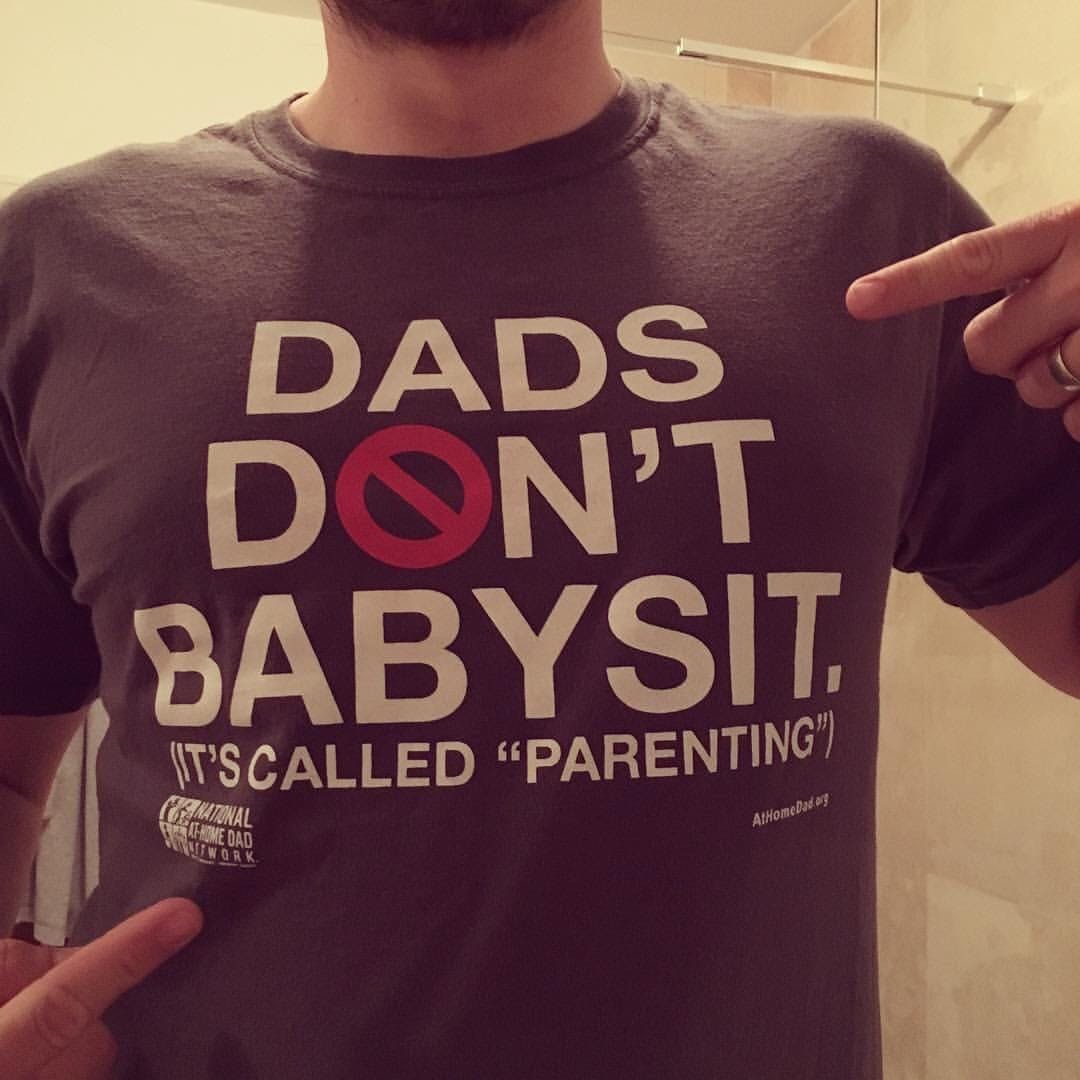 On Reddit, the photo has received more than 3,000 upvotes and comments about what it means to be a father. “The point here is about equality,” Ferguson, 28, told the Daily Dot in an email. “Mums and dads are the same, with regards to their abilities to look after their children (with the exception of breastfeeding directly from the breast).”

Ferguson, who is the founder of the popular parenting site The Dad Network, said he bought the shirt a year ago and said he wears it “from time to time.” (It was made by the At-Home-Dad-Network and can be purchased here.) “The message is to simply takes dads seriously,” he said. “To raise awareness that dads are taking more active roles in the lives of their children.”

Many Reddit commenters were also frustrated with the reductive and negative connotations associated with dads.

One commenter noted, “Another stereotype that pisses me off is when the wife is out of town and she comes home to empty beer cans and empty pizza boxes all over the house. Shit, when my wife comes home from a trip, my house is immaculate. I’m the clean one in my family.”

Women also stood up for the fathers of their children:

Yes! My husband is a really great dad. I stay at home but when he’s not at work we split everything 50/50. I can leave for the weekend and I know everything will be completely fine. I can’t tell you how many times people have said, “The kids are home with their dad? How long until he calls you to come home?” or the nurse at our pediatricians [sic] office who said, “You’ve got a good helper here!” He is not my helper, he is my partner and my children’s father.

Taking Jen on a much deserved 'no children' secret adventure… pic.twitter.com/DIoPlu0ERD

Ferguson, who is the father to an 11-year-old, a three-year-old, and a one-year-old, explained that the reason the photo perhaps resonates now is because, “We’re seeing a rise in SAHD, with more mums returning to work. I also don’t think that the role itself is changing, the role has always been there. We’re just seeing more dads take up that role to raise their children by spending as much time with them as possible.”