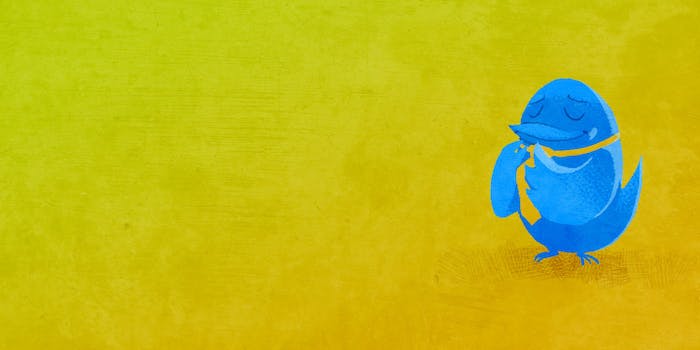 These are the best Dad Tweets™ ever

According to Twitter analytics, “Dads were talked about on Twitter 143 million times in the past year” and “7.5 million Twitter accounts use the word ‘dad’ or ‘father’ in their Twitter bio,” showing dudes don’t mind, are proud even, to identify as fathers.

So it seems the tides have turned: Even though dads insist on wearing flip-flops, being a dad is actually pretty hip.

In honor of Father’s Day, we rounded up the best tweets about dads, tweets for dads, and tweets that just encapsulate the peak of all dadness. Read them and enjoy, or perhaps read them out loud to your father as he nods and says, “These sound like very reasonable and smart individuals.”

FYI: if my youngest child tells you she's going to "tickle you with [her] feet", she's just going to kick you. #dadtweets

The baby wakes me at 5:45 every morning so I’m tired all the time except between 10pm and midnight when I get lots of great ideas for tweets

At least once a week I get half way to work and realize I am still listening to Veggie Tales. #dadtweets

six-year-old daughter came up to me today and asked 'how big a kid do you think I could beat in boxing? high school?'

If you’re a guy & enjoy turning off lights in the house, over & over again, you will be a great dad. #dadtweets

It's 7:30 am and I'm debating the merits of which socks go best with pink kitty pants #dadtweets

One cool thing about having four boys is that I can cut up a block of cheddar cheese and it will all be gone within minutes. #dadtweets

My 3yr old daughter is having a meltdown because the toy in the front seat isn't wearing a seatbelt. #DadTweets pic.twitter.com/xoFUMCLDAK

Me: That baby is woke af.

Wife: Why did I marry you?

A SALIENT ANECDOTE
delivery man: is your mommy home?
big: we have a daddy and a papa.
little: (screams) we have two daddies you nitwit!

Me: What do you think?

6-year-old: You did your best.

@mallelis sent an email with the subj "What are you doing?" And the content was just a single GRE practice question

[gun goes off]
[every runner pretends to be wounded, then laughs and starts the race]
ANNOUNCER: and the annual Dad 5k is underway

My dad talking about his cough: "if I were any more flemish, I'd have to move to Belgium" #dadjokes

I stepped on a corn flake. Now I'm a cereal killer. #dadjokes

“Yeah, I was a lit major”—officer corps veteran recounting an episode of heavy drinking

Me: Hey, where's the Frozen movie?
Dad: In the freezer.#DadJokes #MyFatherIsTheDadJokeGoldStandard

My dad finally found out about my tattoo and won't stop giving me shit for it pic.twitter.com/1lcfSBDjUg

Wanna hear a joke about paper? Nevermind it's tear-able. #dadjokes

ROCK TRIVIA: Bob Dylan’s “Farewell Angelina” was written about Angelina Ballerina, with whom Dylan had a brief relationship in 1961