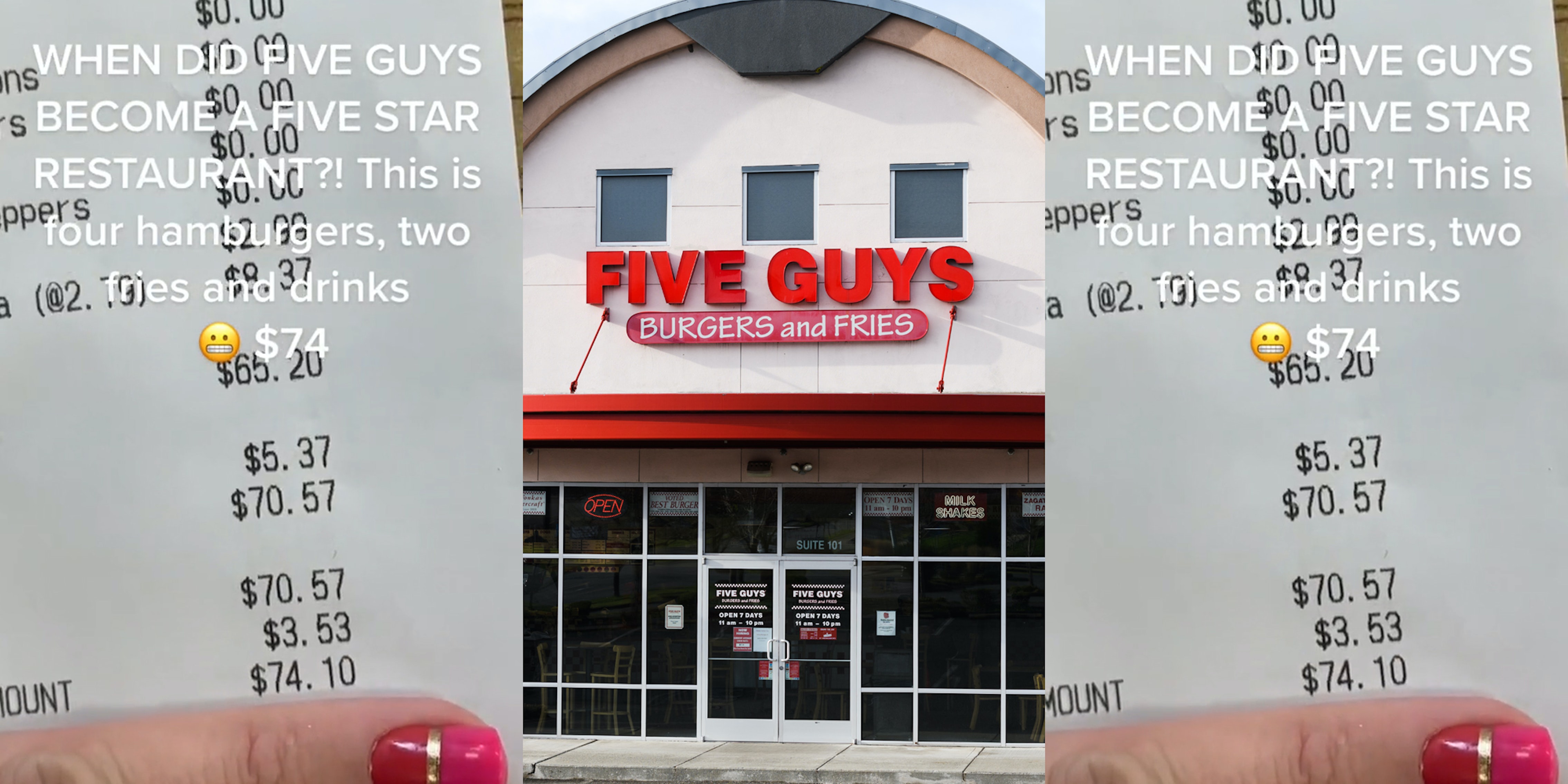 'Burgers were great, but fries were so salty I had to wipe them off.'

One Five Guys customer is calling out the burger chain over a pricey order she says is “highway robbery” in a now-viral TikTok.

In a recent video that has reached over 1.7 million views, user @retailcheapskate shows that she paid $74 during a recent visit to Five Guys.

“WHEN DID FIVE GUYS BECOME A FIVE STAR RESTAURANT?!” text overlay reads. “This is four hamburgers, two fries and drinks.”

However, one commenter said they didn’t understand why @retailcheapskate was complaining about the price.

“Why y’all complaining? These burgers are actually worth the price, I don’t mind paying for something that is really good,” they said. @retailcheapskate replied, “Woof I disagree.”

In 2015, Business Insider reported that Five Guys was among the restaurants that millennials were least likely to visit in the next six months, citing cost and nutrition. According to the online food publication Mashed, reasons for Five Guys’ higher prices include the use of fresh ingredients, large portions, and to-go packaging for nearly every meal.

Five Guys has not responded to the Daily Dot’s request for comment via email.

Additional commenters agreed that the fast food chain can be a little on the pricier side.

“Ate there on Friday. 3 burgers, 1 large fry and 3 drinks 60 bucks,” one commenter said. “Burgers were great, but fries were so salty I had to wipe them off.”

“Five Guys has always been expensive,” another commenter wrote. “Side note, what 5 Star restaurants are you going too? It’s more expensive at Applebee’s.”

The Daily Dot reached out to @retailcheapskate via TikTok comment.