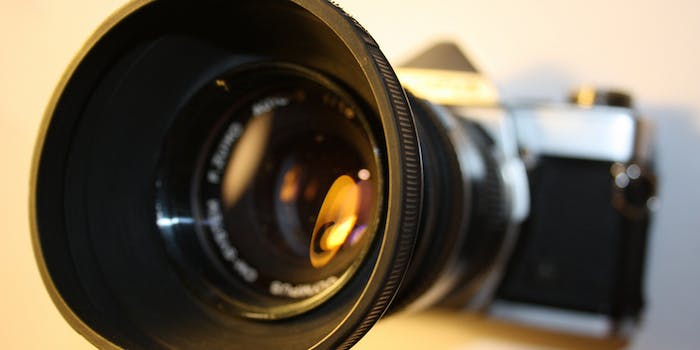 These women don't know they're being photographed, let alone tacked up on the Web for the ogling.

There’s a sleazy new Tumblr called Creepshots—an offshoot of Creepshots.com. Both sites feature mainly one thing: user-submitted candid photos of female backsides. What “candid” means here, of course, is that these women have no knowledge of being photographed, let alone tacked up on the Web for the ogling.

Soon enough, across Tumblr, well-known for its tangled arguments about gender and sexuality, users were taking action. Surf the #creepshots tag now and you’ll see calls for Tumblr authorities to wipe Creepshots off their system, as well as some more stringent demands. Someone going by the handle geth-metal, for example, posted this suggestion:

Every user of Creepshots should be castrated, muted, and sent to work as sex slaves for old angry men overseas before being burned alive when they’re no longer young and pretty.

Others highlighted inconsistency in Tumblr’s policy on inappropriate content: several accounts set up to mock the sexist dating profiles of men on OkCupid were apparently taken down, while Creepshots has lingered. Stories of being photographed against one’s will proliferated. A call to action to report the site on Twitter and Tumblr has already received more than 6,000 notes.

There was also the question of why Tumblr would pull down presumably consensual  “sexual videos,” as they often do, but not a stalker-lite blog with captions like “Just a great #hungryass to enjoy. Because I’m a giver.” For whatever reason, the tone is a bit more extreme at the main site, where a typical comment might refer to women as “streetmeat” or edge into casual racism.

Creepshots itself has a notice about specific takedown requests, and it’s a doozy:

Tumblr may well get around to dropping Creepshots eventually. Last year it banned pro-eating disorder “thinspo” blogs and other self-harm content, or tried to, but it’s far easier to suppress specific blogs than a genuine community, however appalling it may be.

Indeed, the sense of camaraderie among “creepers” would seem to be more disturbing than anything you’ll actually see on either site.