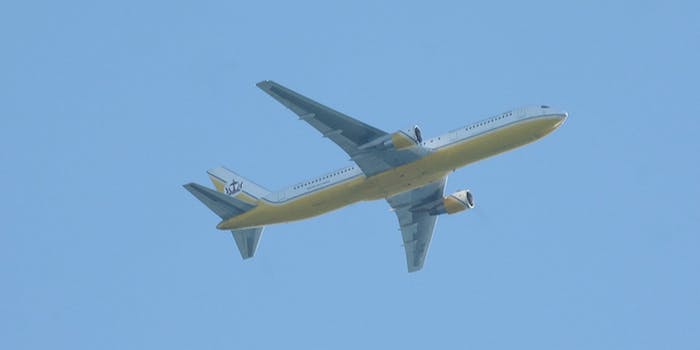 When it was reported that Dr. Craig Spencer had tested positive for Ebola last Thursday, making him the first confirmed case in New York City, New Yorkers reacted to the news in different ways. Some responded by donning surgical masks on the subway; others, by cracking “e-bowl-a” jokes on Twitter, in reference to the fact that the doctor had gone bowling shortly before he checked into the hospital with symptoms.

This guy, however, responded by crafting this bizarre yet kinda adorable Craigslist want ad for a girlfriend to flee the virus with.

With the headline, “Escape Ebola with me? Travel the world,” the ad sounds like the basis for an extremely low-budget romantic comedy:

With the news that Ebola may have landed in the Port Authority today, I am accelerating my bugout plans by 2 months and am planning on leaving NYC within the next 30 days.

About me: I am a small business owner (software startup) in his early 30s, part of the Top 5%, and I can work anywhere that has an Internet connection. I am smart, chivalrous, geeky, charming, funny, generous and … prepared. For practically anything.

The one caveat? The anonymous poster is also 5’4″, which he surmises is why he’s still “single.” But if you’re a hypochondriac who’s willing to “1) get past your potential heightism, 2) deal with a rushed time line as part of an exigence of the global crisis, and/or 3) just think it’d be awesome to live 3 months in an area at a time, and do so in a wide variety of places. and Oh! 4) probably survive ebola unscathed in the process, then consider responding with your picture and height.” Be sure to put “Ebola” in the subject line, of course.

While the ad might sound a little cuckoo bananas, we all respond to fear and panic in different ways, I suppose. Be sure to keep an eye out for Ebola: A Love Story, starring Rachel McAdams as an hemorrhagic fever-fearing Manic Pixie Dream Girl and Danny DeVito as her diminuitive dreamboat, in theaters next July.