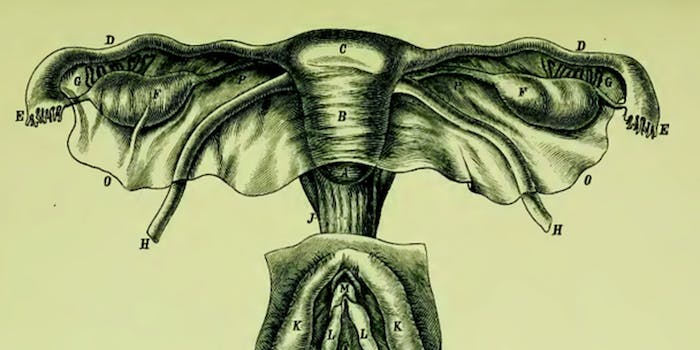 Anyone with a Coursera account can learn the birds and the bees.

Four years ago, Northwestern University canceled a Human Sexuality course because a prior semester’s class had included a controversial live demonstration. A new sex education course is now being offered by the university and it has found a way to prevent similar issues in the future—it will be held entirely online.

The new course, titled “Introduction to Reproduction,” is colloquially known as “Sex 101” and will be offered on Coursera, one of the most popular platforms for massive open online courses (MOOCs).

Dr. Teresa Woodruff, vice chair for research in obstetrics and gynecology at Northwestern’s Feinberg School of Medicine, designed the class as an overview of reproduction and other sexual topics for incoming freshmen, who likely received varying, inconsistent degrees of sexual education in their high schools. “This is everything first-year students need to know about sex and reproduction, and didn’t know to ask,” she explained in a press release.

As Sex 101 is being offered on Coursera, anyone—Northwestern student or not—can enroll regardless of age, location, or educational background. It will also be available free of charge, making it accessible for the widest possible audience.

“If you Google it, there’s nothing out there like this,” Dr. Woodruff told the Chicago Sun-Times. “Reproduction is one of those things where we don’t assemble the definitions, the fundamental science and the health outcomes in one place that is easily accessible to the public.”

Prior to creating Sex 101, Dr. Woodruff founded Repropedia, an online glossary of sexual health terminology explained in concise language. Some course materials will refer back to Repropedia so that students will have a safe, accurate resource to seek definitions of terms.

Dr. Woodruff’s course begins on Monday, September 28, and registration is open now. It’s unclear whether Northwestern students will receive school credit for completing the course, but scientifically accurate knowledge of basic human sexuality may be its own reward.